For sale is the ol' Bronc-A-Tonk! 92 Ford Bronco XLT. Runs as smooth as a Rolls Royce...lol jk. It's a 27 year old truck, the suspension is a little stiff and things rattle. It's clean on the inside, and pretty on the outside with a little bit of desert-brush pin-striping lol.
This thing is solid though. No mechanical problems at all. It fires right up & drives as one would expect from a truck. No leaks whatsoever. I had the rear main seal, the tranny pan, and the master cylinder all replaced because those were leaking when I first got it (I'm the 3rd owner). But now, not a drop out of place.
It has all (4 + the spare) brand new tires Goodyear Duratracs 33's (1k miles on 'em).
The 4x4Hi, 4x4Low, and locking hubs all work as they should.
It has 137k miles, no check engine lights, and the power windows work.
The bad (not really) stuff: The passenger power window can't be rolled down from the switch on the driver's door, it doesn't work. The rear window on the tailgate has to be rolled up & down manually (that switch doesn't work either). I lost the rear bumper offroading and I don't plan or replacing it, sorry.
Also, the exhaust pipe is a little loose. If you plan on putting on an aftermarket exhaust later, I wouldn't even worry about it as it works just fine and will be replaced when you put that magnaflow on it anyways.
The truck is pretty damn sweet, and I'm only selling it because I knocked up a lady. This Bronco is my offroad toy and it has just been parked, and with a kid coming, I predict I'll probably neglect this poor Bronco even more.
Come by the house to check it out & go for a test drive!
Local pick-up only. I won't ship. 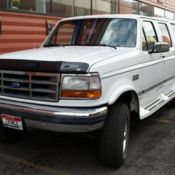 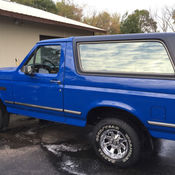 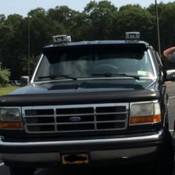 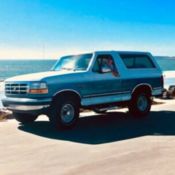 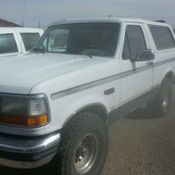 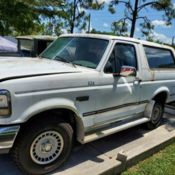 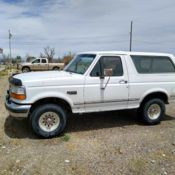 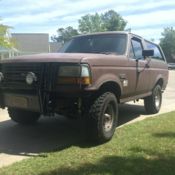 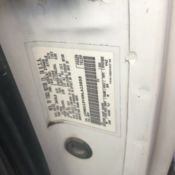 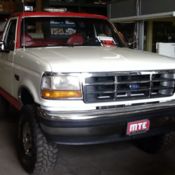