1932 Ford Steel Highboy Roadster. While most people get green with envy, this 1932 Ford Highboy Roadster with 2" chop will inspire jealousy with red. After all, when everyone sees this outstanding Ford FE Sideoiler V8 street machine, you know they would have wished they snapped up this deal. As the Beach boy said "If she had a set of wings she would fly" This car has a very rare Ford 427 Side-Oiler, not a Chevy in a Ford This is the real McCoy when it comes to performance engines, it is this version of the 427 that clenched NASCAR championships and the 24 Hours du LeMans four years in a row 1966-1969. That is why you hear so much about this engine. Sadly, they were expensive to make and thus to buy. Limited quantities were made and many of them were consumed by racing. Which today makes them rare and very expensive, Duel Holley 600 carburetors. The motor produces about 550 HP.The transmission is a C-6 that gives this car a nice road gear for cruising. Boyd Coddington custom wheels. Front Disc brakes.The cooling system with electric fan, the engine runs cool even on the hottest days. Steel body.The paint is a stunning red color.The interior also includes a tilt Billet steering wheel, seat belts, Lokar shifter, Kenwood CD/BT/Stereo, The trunk is carpeted and beautiful.The trunk lid has a hidden latch, Sanderson ceramic headers with electric cut-outs, so much more the list goes on. This car is garaged every winter and is only taken out to car shows each season. It does not go out in the rain. 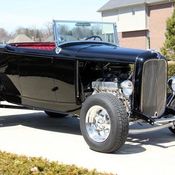 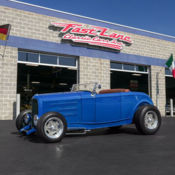 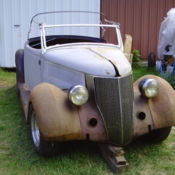 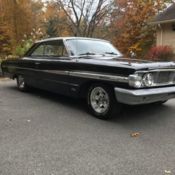 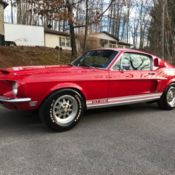 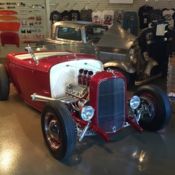 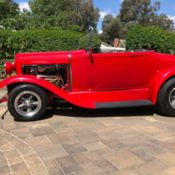 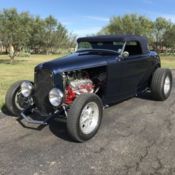 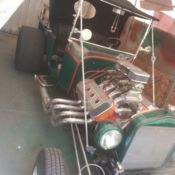 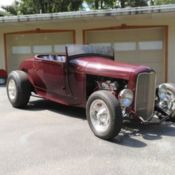