This beautiful 1966 Ford Mustang Convertible was ordered new and purchased in 1966 by George M. Lehr in Hollywood California. Mr. Lehr was a noted TV producer who established his career in California after growing up here in Erie, PA, his hometown. His most well known productions were the popular shows "The Man from U.N.C.L.E." and "Police Woman".Interesting to note the "20th Century Fox Studio" parking sticker still in place. The original 1966 issue California license plates SQA885 are still on the carfront and rear, the only plates ever on this car from new with registration cards to verify. In his retirement in the early 2000's Mr. Lehr moved back east to Erie and brought with him his treasured '66 Mustang which he cared for meticulously thru all his years of ownership. We were fortunate to acquire this great little Mustang from his estate after his passing earlier this year.First and foremost, understand that this Mustang Convertible is totally, 100% rust-free having spent it's entire life in Southern California until Mr. Lehr brought the car East where he never registered or drove the car again except for short runs in his neighborhood to keep it operable. The car has never had any body repair of any significance and has had one high quality repaint done about 20 years ago in the correct original color of Nightmist Blue. This a nicely optioned car as a 289 2V V-8, Cruise-o-Matic Automatic Transmission, Power Steering, Power Top, Radio, Tinted Windshield, Console, Whitewall Tires and Deluxe Spinner Wheel Covers. This Mustang also retains it's rare California mandated Ford 1966 A.I.R. smog system.One short drive in this car will demonstrate what good care and regular maintenance will produce on a 53 year old car as this Mustang runs & drives perfect. Mr. Lehr did any service or repair that was ever required over his long term ownership and we have a bundle ofreceipts to prove it. The car is positively an all matching number car, a totally original to the car drivetrain all intact. This is one way above average early Mustang Convertible with someinteresting history to add to the fun.When weacquired the car we did a full service and safety inspection allowing us to sell the car completely ready to drive and enjoyjust as you see it here.Please review all of our photos and contact us for any more information or questions you may have. The car is available for your inspection here at Contemporary Motorcar Ltd. in Erie, PA. 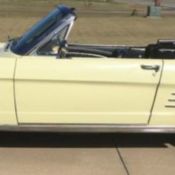 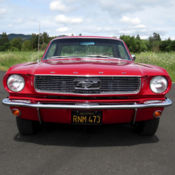 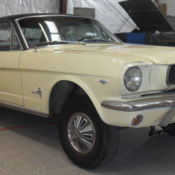 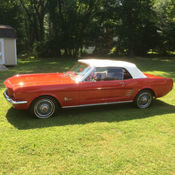 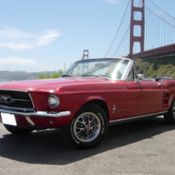 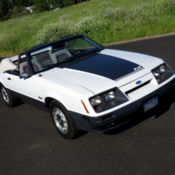 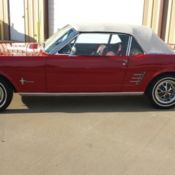 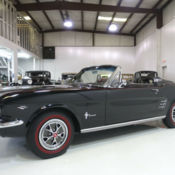 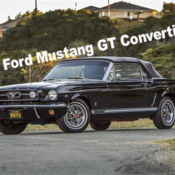 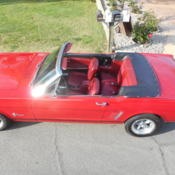