Up for your consideration is a Exquisite example of a ULTRA rare, ARI Pace Car! ARI stands for American Raceways Inc and they owned five race tracks back in 1969. This Pace car is registered in the ARI Pace car Registry and one of 11 known to exist today in any color scheme. This is a highly documented ARI Pace / Promo Car and is one of six fastbacks built for Texas International Speedway. Accounts vary to the number of American Raceway... Inc (ARI) Pace Cars built and delivered. Numbers vary from 11-25 total. with no more then SIX delivered to any one raceway. The ARI registry shows only 11 of these cars, with various color schemes. known to exist today. History: In 1969 American Raceways owned Texas International Speedwa, Atlanta International Racewa, Riverside International Speedwa, Michigan International Speedway and Eastern International Speedway all used for NASCAR racing. Each track had its own color scheme: Atlanta - Blu, Eastern - Yello, Texas - Calypso Cora, Riverside - Light Blue and Michigan Green. With theses tracks in mind, ARI ordered 100 high performance '70 model Mustangs. Initially 20 cars were to go to each track. Four of the cars would be Pace Car convertibles and the remaining 16 would be fastback cars with Pace and Promotional duties. All 100 cars were to be equipped with 428 Cobra jets. Partially throughout the 100 cars Ford ran out of the 428's ( The same time they ran out of the 428's for the TWISTER special in Kansas city November of 1969) and they installed the 351 Cleveland as a replacement. A rare few received the new to '69 351 Windsor engine. This car was one of those and according to the ARI registry, this is the only ARI Pace Car with a 351 Windsor known to exist! By the time 96 out of the 100 Mustangs had been built, ARI started having cash flow problems, Ford heard of the problems and refused to deliver any of the Mustangs without advance payment. Bill France, CEO of NASCAR, caught wind of ARI's financial issues and informed them that the upcoming NASCAR race of the season and grand opening of the Texas International Speedway (later known as Texas World Speedway) would be called off if the prize money was not proven to be available well before the December 7th 1969 race. In the meantime a group of Kansas City Sales Distric automotive brokers ordered large group of high performance Mustangs and Torinos for a Performance Day fest. The cars would be displayed at the fest and individual dealers would be given training tips on how to sell the high performance machines. While this was planned, Ford stylist Larry Shonoda had just finished designing a special trim, stripe and logo for the ARI pace cars. Ford then shipped the remaining ARI cars to Kansas Cit, where they kept Shinoda's trim package but replaced the rear circle ARI decal with a tornado and the famed "Twisted Special" was born! ARI President Lawrence LoPatin managed to raise the $100,000 for prize money and NASCAR season finale at the Texas International Speedway was a "GO". ARI had salvaged the race, but was still financially strapped enough the even the cars still in order where a luxury that they could no longer afford. They managed to recruit local car dealers to buy the cars from Ford, so all ARI Pace Cars (including this one), show a local dealer purchase with end delivery to the actual racetrack.. The opening race was won by international Motorsports Hall of Fame member Bobby Isaac. In 1972 ARI went into receivership, its assets were sold, and the Pace cars returned to dealers for eventual sale. Luckily there are a few that remain to Illustrate a great story. This car is loaded with factory options such as: * 351 Windsor * Select Shift Cruise-o-Matic * Shaker Hood Scoop * Power Steering * Power Disc Brakes * Tinted Glass * Select-Air * Rear spoiler * Rear Slate (Louvers) * Sport Deck fold down rear seat * Rim Blow Horn * Calypso Coral Paint * Tachometer * Trip odometer This is an investment grade car and a must have to any collector of rare cars. This car is in amazing condition and has been in several magazines. One last note is everything on the car works except the clock. Call 314-594-1404 to purchase or with any questions. 314-594-1404 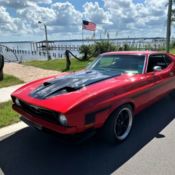 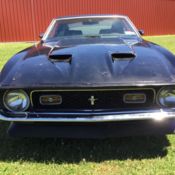 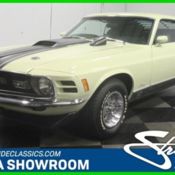 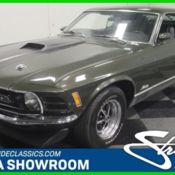 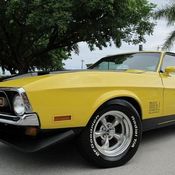 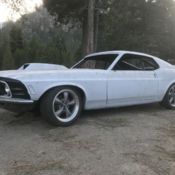 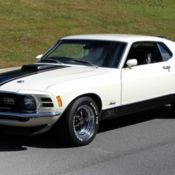 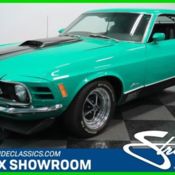 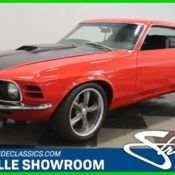 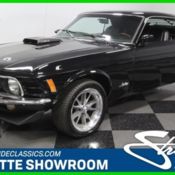