*. Ford Econoline, Supervan, Deluxe, ***9 WINDOW, 8 door van *** - extended body length - rectangle rather than round tail lamps.
Research shows this is either 1 of 84 produced, or 1 of 109.
I can paint, put new tires, and rebuild engine. $22,500 - Or you can buy it and do the work yourself.
The van had a headliner when new, and small pieces remain. It appears to be a fiberboard with a small star pattern and tiny holes, sort of like a 1960's Formica dining table.
1-TON
Extended Body
Positive Traction Rear End
3 Speed on Tree
240 6 Cyl Engine
* Double doors with WINDOWS in side and back doors - I have only seen a picture of one. ( I removed windows while I wait for new gaskets to arrive. )
* Rust free - aside from very minor surface rust
* Has a couple of layers of paint on the outside, the inside remains Wimbledon White. It looks like someone tried to paint it Scooby Doo color Green at one point and the van had a small matching toy hanging from the rear view mirror.
* Was taken off road in late 1999
* Intake developed a crack, was never fixed. (Good replacement intake included with sale)
* 14" steel rims
* Lots of 1970's Character on the inside
* This unit was sold in Phoenix new according to VIN research
* Last licensed in New Mexico - Always a southwest Vehicle*Original Front Window Glass (Windshield) - having both tint and shade. ( Blue stripe at top and shaded for sun on remainder of windshield) The windshield has a very small repairable chip on passenger side.
* All glass is present with no chips or cracks (Rear door glass removed for safe keeping as seals were very dry)
* Engine is mounted between the front seats under a cover (this was normal from factory)
* Comparable to a Volkswagon Bus, but the rarity makes this van stand out - even among Ford enthusiasts
* Early models were known as the Falcon Van as they shared lots of components with the Ford Falcon
* This is a DELUXE model, meaning it had dual sun visors, a padded dash, and a complete headliner. The headliner frame is present, but no headliner.
* The steering is tight on this van.
* Gabriel shocks and a new tire were installed just before the intake manifold crack was discovered, but van still ran.
* The original color was Wimbledon white with blue cloth / vinyl mix seats. The seats in the van appear to be out of a 70's mercury montego. (They are much taller than the original van seats)
* The other gaskets are available locally and on line at most auto body parts stores.
* The engine IS NOT running at this time. The engine turns over freely. The former owner said that the intake manifold had cracked, which is apparently common. After a decade of the van sitting, he found another intake manifold which is included with the van.
* The van is missing the air cleaner.* Carburetor needs rebuilt at time of listing* Former owner had king pins, U-joints taken care of. He also tapped the Diff housing and put a drain in the bottom so that fluid could be changed without removing cover, which requires lots of work.* Wheel bearings replaced per former owner just before it was parked.
NOTE: Pictures were taken before any clean-up done. I like to represent a vehicle in the as-found condition so that you may gauge how storage may have affected the vehicle and how your restoration may need to go. 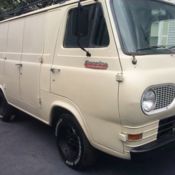 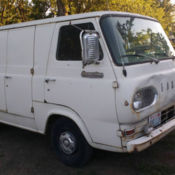 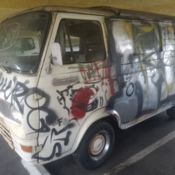 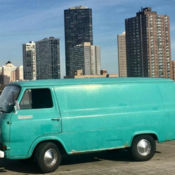 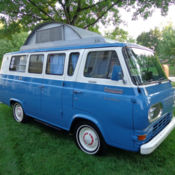 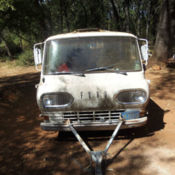 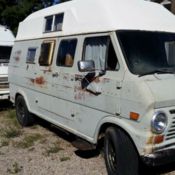 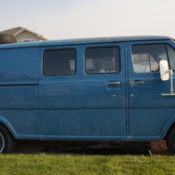 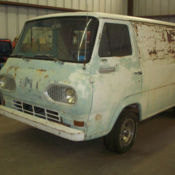 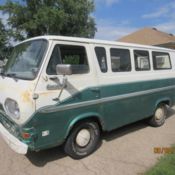