Ford F150 Pickup that has been in the family a long time. Needs to go to someone that wants to do a full or partial restoration. Obviously it's been sitting for about 4 years when the gas tank started sending rust particles up into the fuel lines. Got to the point I was replacing the fuel filter before every trip. If it doesn't sell for the reserve, we will hold on to it to restore it at some later date. However, it would be better served to sell it at this point. Always started and was a very dependable truck before the gas tank rusted. Has not been turned over in 4 years.
There is some rust around door panels, but nothing that can't be fixed. 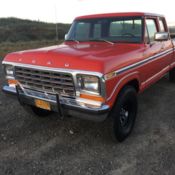 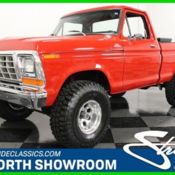 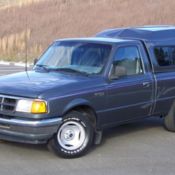 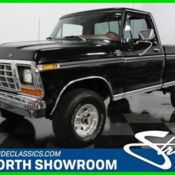