Even allowing for the fact that it's a member of an automotive niche synonymous with high impact curb appeal, this 1923 Ford T-Bucket is still a standout. It's draped in a very appealing exterior color that can't help but turn heads and features a stance that makes it look like it could pop a wheelie at a moment's notice, with some seriously sizable rubber in back to keep it anchored to the asphalt. This streetrod is the result of a... well-planned, well-executed build and it comes with an extensive collection of receipts to document the expense that's gone into elevating it to such awesomeness. Over the decades, T-buckets have garnered a deserved reputation for their attention getting aptitude. In this niche, bigger and brighter confer respect and yet the bright green exterior this vintage Ford proudly shows off still represents a welcome departure from the norm. It's an inspired color choice - unique yet not garish - and makes this street machine stand out. Its stance is just right - with an aggressive incline that's amplified by the massive tires in back, creating the impression that it's coiled on its haunches, ready to strike once the streetlight turns from red to green. The open engine compartment displays a well-equipped powerplant whose headers lead out to a pair of side pipes that are in very clean condition as they stop just below a pair of steps that make getting in and out of this streetrod a little easier. The combination of that striking color with an overall no-nonsense, yet well-dressed appearance really works here - this '23 definitely has it going on in the looks department. With its cockpit wearing no windows to obscure your view, you can get a good look at the black vinyl bench seat at its center as it beckons you to climb behind the wheel and get out on the road. Clean black carpeting lining the floor rises up to the top edges of the namesake bucket surrounding the interior, while the tall, center-mounted shifter confers just the right hot rod feel. The matching green steel of the dash features a full assortment of new, white-faced gauges to keep tabs on vital motoring functions. In contrast to the multitude of exposed fuel cells we often see in this niche, the one here wears a vinyl cover for a clean appearance. The open engine compartment that comes part and parcel with the T-bucket genre puts the powerplant at center stage, and the 350 cubic inch V8 on display in this Ford definitely warrants the attention. Topped by a flame-stenciled chrome air cleaner over its Holley 4-barrel carb and Edelbrock intake manifold, with a pair of matching chrome valve covers at its sides, it's got eye candy galore and is surrounded by a chrome alternator, water pump and oil pan that amp up its visual appeal even further. Long tube headers lead to those signature side pipes and emit just the right exhaust note you'd want from an asphalt-burner like this, while farther forward, a Walker radiator teams with an electric fan to keep operating temperatures under control. The 3-speed automatic TH350 transmission makes piloting this Ford an easy proposition that's made all the better by a 4-link rear suspension with coilovers for a smooth ride. A set of Boyd Coddington junkyard dog wheels that position beefy 29x15.50x15 Mickey Thompson Sportsman tires in back adds just the right finishing touch. The fresh appearance of the undercarriage suggests that this classic hasn't ventured into hostile territory. If you're searching for a well-finished streetrod with its curb appeal locked in high gear, this 1923 Ford T-Bucket is definitely one to check out. Call today! 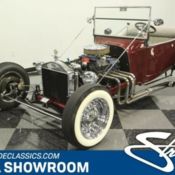 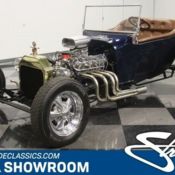 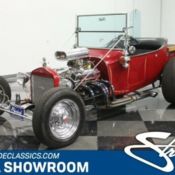 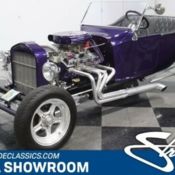 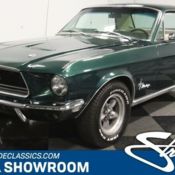 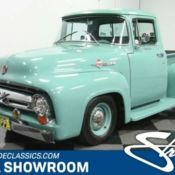 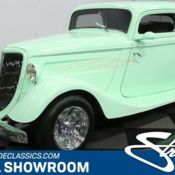 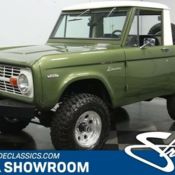 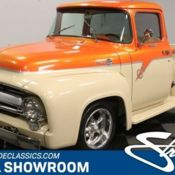 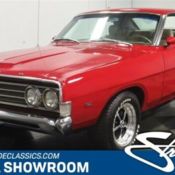