1962 Ford Falcon Futura
126 Additional HD Flickr Photos CLICK HERE
*Please see my other 1965 Ford f100 listed*
This 1962 Ford Falcon Futura was originally purchased new from New Jersey by the original owner. The Second owner was an older gentleman from Pennsylvania who owned the car for 30 + years. He then sold the car being unable to drive it any longer, to a dealer in Florida. The dealer then sold the car to a man in Texas, who owned the car briefly. As I just missed the sale of this car and had to have it, I convinced him to immediately re-sell the car to me which is when I purchased the Ford Falcon Futura.
The car is mostly Original, some things have been replaced but everything kept completely Stock and Factory Correct.
-The radiator was recorded rather than replaced to save it as the original, as well as new rad lines were installed
-The points and condenser were changed to electronic in the distributer, as well as a new coil was installed
-The gas tank was replaced as well as the gas tank sending unit and fuel pump
-New front shoes, cylinders, flex lines and hold down kits were installed
-New rear shoes, cylinders and hold down kits were installed
-Front and Rear emergency cables were replaced
-The carb was rebuilt and a new choke was installed
-The upper ball joints were replaced
-A new ignition switch along with the corresponding key was installed
-The horn contact brush was replaced as it was non-functioning, the horn now functions
This Ford Falcon is a rarer Up-market Futura model. In place of a bench seat, it features twin bucket seats with the centre console. The Futura model features factory installed safety-belts, Futura Script across the rear and sides of the car, as well as the Futura- specific Front louvered side trim, that then runs the length of the car.
The car was repainted in its Original colour of Sandshell Beige by the long time owner in Pennsylvania, a Futura only available color to my knowledge.
The Interior is all Original.
This car features the RARE option of rear reverse lights as well.
The car retains its Numbers matching Engine, transmission and rear end.
The car also retains all of its Original window Glass.
With a 50+ year old car, She will undoubtedly have some flaws that show her age. I listed the ones below, trying to be as transparent as possible.
-The front windshield has windshield wiper scratches (photo-graphed)
-The front bumper, passenger side has been slightly pushed in (photo-graphed)
-The radio does not function
-The Front fender, passenger side has 2 cracks in the paint (photo-graphed)
-Drivers seat has some wear (photo-graphed)
Their are NO major areas of rust or rot in this car.
I'm selling the car because since I purchased it 5 years ago I've only had the opportunity to drive on a few occasions as I now have too many vehicles collected.
This car deserves to be on the road and enjoyed where its happiest at, and I'm simply not doing the car the privilege it deserves.
This 1962 Ford Falcon Futura is a good " Honest " driver's car.
The car is located in TORONTO, ON CanadaI will assist the buyer with importing the car, the process is VERY simple and easy.
Their are NO duties as the car was made in the US.
Feel free to talk to me anytime at 416 606 3535
THANKS, Kent Smith 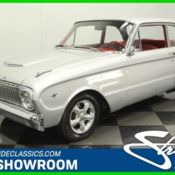 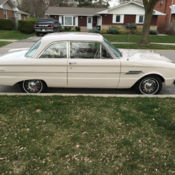 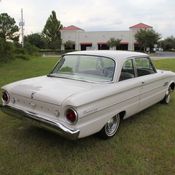 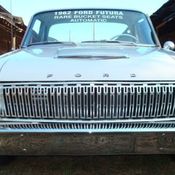 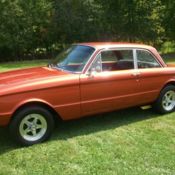 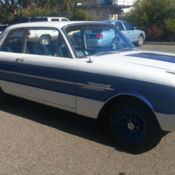 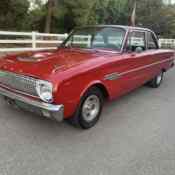 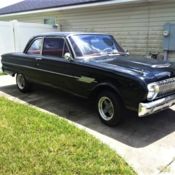 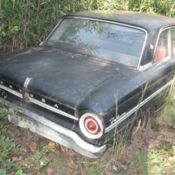 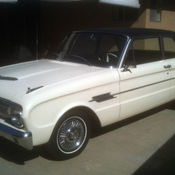