If there's a car more beloved than a 1967 Ford Mustang convertible, I can't imagine what it might be. This attractive Mustang ragtop hits all the right notes, too: V8 power, fresh paint, and driving manners that's kept the Mustang on everyone's must-have list since 1967. The vivid blue paint is a bit brighter than the original code D Acapulco Blue, but I don't think anyone's going to complain once they've seen how good it looks in...person. Professionally repainted quite recently, it looks fantastic with a shine that gets peoples' attention and attention to detail that says it was more than just a quick respray. Panel gaps are pretty good all around, which is unusual for the unit-bodied Mustang ragtop, and it's always nice to see one that hasn't been re-badged to resemble something it's not. You can always spot a '67 by the absence of side marker lights, leaving clean, uncluttered sheetmetal and the addition of a white C-stripe is the perfect accent. It appears that much of the chrome has been replaced or polished, and the original emblems were installed as needed. We believe most of the interior is original, but it isn't worn out in the least. There is some very, very minor wear on the driver's seat, but nobody's picky enough to object. New carpets help freshen it up and the mini console is a seldom-seen option that includes built-in warning lights. Big, round gauges were a welcome upgrade in the 1967 Mustangs, and someone has thoughtfully added a trio of auxiliary gauges under the dash to help out. A newer AM/FM/cassette stereo head unit slots neatly into the original radio's spot in the dash, but it's probably due for an upgrade this summer. There's a fresh black convertible top overhead, and the windows need some adjusting because of it. There's also a black boot to make things look clean and the trunk is correctly outfitted with a plaid mat that looks brand new. The C-code 289 cubic inch V8 originally carried a 2-barrel carburetor and 200 horsepower, so that's what was reinstalled after the car was rebuilt. It's also nicely detailed and the Ford Blue paint on the block brightens up the all-black engine bay, as do the chrome air cleaner and finned aluminum valve covers that were painted to blend in. There's also a big aluminum radiator up front and all-new ignition system components that continue with the OEM look. Power steering is always a smart idea in a V8 Mustang and the C4 3-speed automatic transmission means that anyone can enjoy this Mustang's fun. Factory exhaust manifolds feed a recent dual exhaust system with glasspack-style mufflers and with 3.00 gears out back, it never gets tiresome on the highway. Attractive 15-inch wheels resemble vintage Torque Thrusts with a modern twist, and these wear recent 215/70/15 Cooper white-letter radials. A pretty car with enough performance to be entertaining, this Mustang will always be on everyone's wish lists. With a reasonable price tag, there's just no reason why you should spend another year without America's favorite pony car in your garage. Call today! 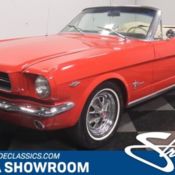 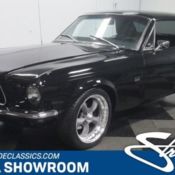 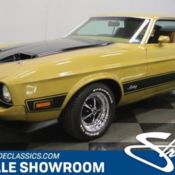 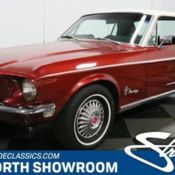 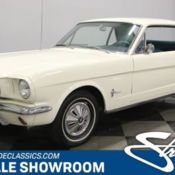 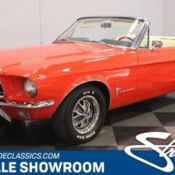 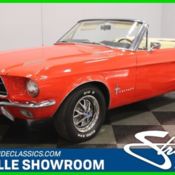 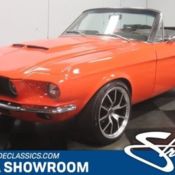 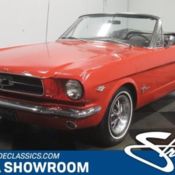 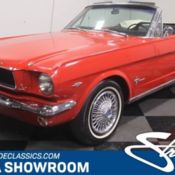