Up for auction is my 1967 Fastback Mustang T code project with a 1990 Mustang HO engine and T5 5 speed transmission. It was originally blue but has now been painted white. The only option that it had originally was an auto transmission. I have all the fastback interior parts and most are in very good shape. I also have all the glass and chrome trim and many new chrome/ stainless parts. I am also including the under dash wiring harness and a restored gauge cluster. Its basically all there as the car was complete when I got it. The car was taken apart and media blasted as shown in the pictures. Both quarters were replaced, rear tail panel, passenger door, hood and both valances along with the light buckets and front end metal. The rear wheel wells were patched also. I also had shock tower stiffeners installed. There was a LOT of metal work done. I have billet exhaust trim for the openings in the rear valance as I planned on having the exhaust tips exit at this point. I also installed a Ring Brothers carbon fiber hood scoop. The car was painted about a year ago and the clear has some runs in it that will have to be sanded out. I have upgraded the front brakes to a set of Wilwood discs. They are power disc brakes. All the control arms and bushing have been replaced with new, including 620 size 1 inch lower springs and shocks. I got rid of the old style steering and added a Unisteer power rack and pinon. The Transmission was rebuilt and a Mustang Steves clutch petal and cable setup were installed. The installed rear end is for V8 car. The car has both fender vins and a matching door tag which are all matching fastback numbers with a clear title in my name but at some point it looks like the roof had been cut off. I have done my best to explain what is for sale but I know I am probably missing something so I encourage you to shoot me an email and arrange to come take a look before the auction ends. I require a non refundable deposit of 750 at the end of the auction (24 hours). The reserve is set at $16,800 Please plan on picking the car up as I will not ship. Thank you 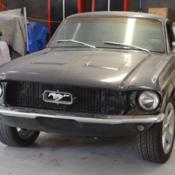 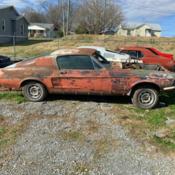 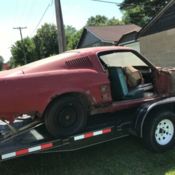 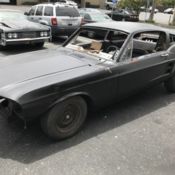 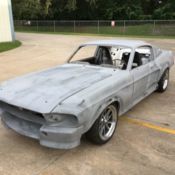 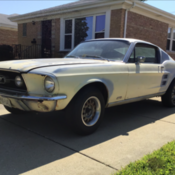 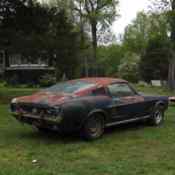 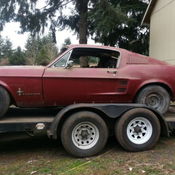 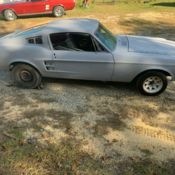 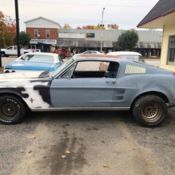