Here's a great modded take on a seldom seen Ford classic. This 1966 Ford Falcon Futura features a striking exterior that's sure to draw plenty of attention, and it's armed for action, with a nicely sized, well-equipped motor under the hood to rocket this compact cruiser with plenty of authority. While the Falcon's modest weight and roomy engine compartment made it a natural for performance enthusiasts, that was a role the model had to grow into, as the earlier versions...Â were marketed more on their practicality. Ford realized the missed opportunity the year this '66 arrived and lengthened its hood a bit more while shortening its rear deck, resulting in this Futura's instantly recognizable muscle car form. A couple of other well-planned add-ons take that performance-centric identity up another notch - a functional shaker hood scoop channels cold dense air to a waiting powerplant and an aggressive spoiler sits on the deck lid. Its white paint is in clean shape and looks to have been recently applied, while the contrasting black decal striping on its rockers not only adds to its appearance, but also offers plenty of protection from debris flying up and making its mark. The Falcon's original design was pretty sharp to begin with, and it's represented well here - the distinctive script and engine ID badging on the front fenders are crisp, the front grille and bumpers on both ends are looking good and everything from front to back lines up well. There's a comfortable interior inside the doors with both the front buckets and rear bench looking very clean, with plenty of padding and little wear on their black vinyl surfaces, and to the sides, you'll find custom tuck and roll-patterned door panels that add a nice touch. Up front, there's a cool blending of original and aftermarket elements - a Grant GT steering wheel with a sizable tach mounted on its column beckons you to grab ahold and get this classic out on the road, while a trio of additional gauges sit at the center to help monitor engine functions. This interior could be transformed into a top tier driving environment in short order - everything is present and accounted for, and the original gauges are plenty clear, but their casings, as well as some of the other dash fittings, could use some freshening up. Also, replacing the dash pad above, not the most difficult of projects, would make a big difference. There's a great collection of quality components on hand to make this mid-'60s classic an absolute blast to drive - a light car plus a powerful drivetrain always add up to fun. A 351 Cleveland, one of Ford's most respected classic powerplants, sits between the shock towers, with an Edelbrock Torquer manifold and 4-barrel Holley carb under that black induction scoop, a pair of chrome valve covers on its sides, and an SSR Billet distributor up front. The engine is paired with a 3-speed automatic transmission to make for a low-effort, rock solid drivetrain. A look below reveals a reassuringly solid undercarriage and front disc brakes add fade-resistant stopping power as this vintage Ford rolls on its 14" Keystone wheels outfitted with BF Goodrich T/A radials. You don't see these on the road much, and sightings of specimens like this 1966 Ford Falcon Futura - looking great and packing serious power - are downright rare. Call today! 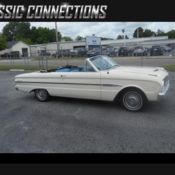 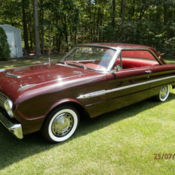 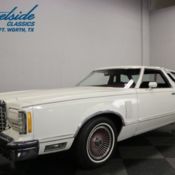 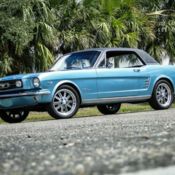 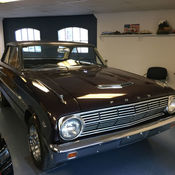 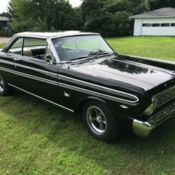 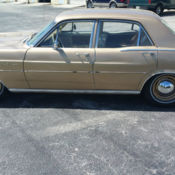 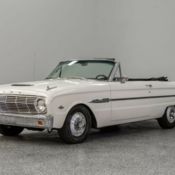 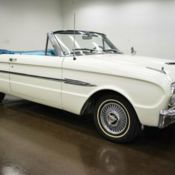 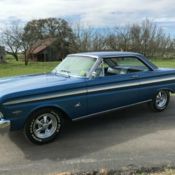