Please note, i am relisting again... had this truck sold 3 times before. First time the previous buyer did not understand basics of shipping a vehicle. Please check into shipping before bidding! I do not know any vehicle shippers and you must find your own shipper if you win the bid! Second time I sold it, the day I was supposed to meet the buyer (who was local), I noticed a fuel leak that turned out to be the fuel pump going out!!! Anyway, I had to take it to my mechanic and have him replace the fuel pump and the buyer got cold feet and I agreed to cancel the transaction... and the 3rd time I sold it, i misplaced the title and by the time I got it in my hands again the buyer had some health issues come up and decided he couldn't buy it....so here we are again! Maybe this means I just need to finish the restoration?? Surely the 4th time will be the charm?
For sale is a rust free 1985 Ford Bronco II with V-6 engine...136k original miles. Manual, 5 speed transmission and it is a 4 wheel drive. Got this truck from my father last year and was planning on doing a full restoration but I found out I just don't have the time. I have been driving it to work about once a week to keep fuel system in good shape, as I do not have any intentions of buying another carburetor!!
Some history is below, but here are the basics... good, bad and ugly. The Good: RUST FREE and never been on salty roads! Very sound body and drive train. Has cruise control and it is a 4 wheel drive, although my dad never put it in 4 wheel drive or took it off road. He drove it to work and back home. Truck has new tires, new starter, new fuel system including new fuel tank, new fuel pump and new carburetor! This truck also has a NEW radiator and radiator hoses. Runs fine BUT as with many old fords, she is slow to wake up. Truck accelerator must be held in just a bit until she warms up for a few minutes and then she idles, but will not idle until she warms up. NOTE: i have a recent video of the engine idling and i would be more than happy to provide it for any potential buyers.The Bad: Air conditioning does not work. Rubber gaskets around driver and passenger side windows are in need of replacement, they are still functioning but are cracked in many places. Engine chokes down when you first push in the accelerator and you have to handle her just right but she drives fine once you understand how to do that. She has always done that, ever since i can remember. The Ugly: The upholstery right up near the windows of the 2 doors is a bit faded from sunlight over the years. The rest of the upholstery looks good except forone spot where there is a hole in the driver's seat about the size of a half dollar. That spot can be seen in one of the pictures.The dash has small cracks in two spots. There are a couple of small dents and some scratches here and there and the silver paint is flaking off in a good many spots. I can send up close photos of any of these issues if someone wants to see closer than what is shown in the current photos.
This truck was purchased by my father, in 1985 as a new vehicle. At the time we lived in Georgia, but he took the vehicle with him when he was transferred to North Carolina in the 90s. He then transferred back to Georgia for a few years and was then transferred to a job in Michigan, but he left the bronco in Georgia at my aunt's house under her storage shelter when he headed north. So the furthest north this truck has ever been was when it was in North Carolina. He spent 15 years in Michigan and during that time the truck was only driven a couple of times a year. Even though he kept fuel stabilizer in it, as you can imagine the fuel system had some issues when I brought the truck to Alabama last year. I had my mechanic begin working on it and after having a bit of trouble rebuilding the original carburetor, he suggested we replace it with a new one and also the fuel tank just to be on the safe side. Also replaced the starter after the original went out. I had intended to do full restoration but as with everything, good intentions have not gone far and I have already had it for over a year. So, I have decided to sell it to someone else to do the restoration and would appreciate photos when you get finished!!
If you are interested in this truck I have no problem taking the vehicle to a local (to Opelika/Auburn) mechanic of your choice at YOUR expense (to be prepaid by you). Most mechanics around here charge around $50 to $75 to do a purchase inspection. I will not recommend anyone because I want the inspection to be considered completely unbiased. I also prefer a buyer coming to take a look at the vehicle and doing a test drive as opposed to buying from afar and having it shipped. I have sold one vehicle that was sold and shipped without test driving and buyer was very happy but it makes me nervous if the buyer does not test drive personally. I will be around next weekend, so any potential buyers can meet me for a test drive.
Downpayment of $200 must be made within 48 hours with paypal. 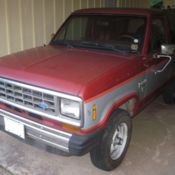 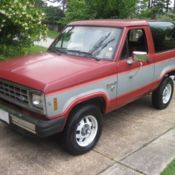 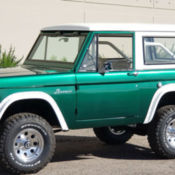 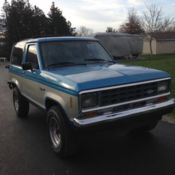 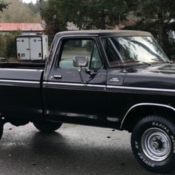 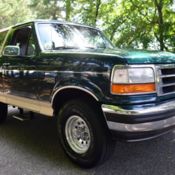 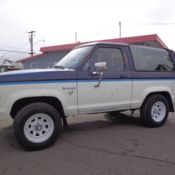 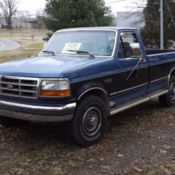 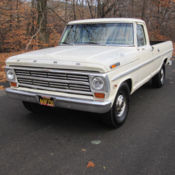 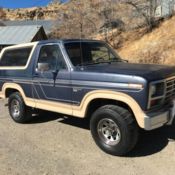