No matter what your tastes might be, it's still cheaper to buy someone else's finished rod and add your own custom touches rather than starting from scratch. So with that in mind, this neat little 1930 Ford 5-Window coupe starts to make sense: all the important stuff is done, all you need to do is season to taste!
The five-window body style takes a chop just as well as the later 3-window styles and with the quarter windows, it has a unique look that works quite well. Fitted with full fenders and hood, it has a finished look that still suggests performance, especially with those fat tires. The body has been smoothed and filled, including the top which lost its fabric insert and gained stylish ribbed reinforcements, but retains the classic Model A body moldings that gave the affordable Fords the look of a much more expensive car. The grille shell is still polished stainless flanked by a set of King Bee-style headlamps perched on a dropped headlight bar. Other cool details include shaved bumpers, exhaust ports in the rear valence, plus the usual mods like the '39 Ford taillights (mounted on their sides), and a monochromatic look thanks to the fuchsia paint job.
Simple black upholstery makes for a great contrast against the bright exterior, and doing it in vinyl gives it a traditional look that dates back to when this car was new. The door panels are simple, the headliner is button-tufted, and all the original Model A door hardware remains in place and brightly polished. The dash has been reworked and includes white-faced gauges built right in rather than set into a separate panel. A tilt column wears a fat three-spoke wheel and the column shifter adds room in the compact A. There's also a decent AM/FM/CD stereo system for cruising, as well as an auxiliary power port. While rumble seats were quite common in 1931, this one has been converted to a trunk, which offers useful storage for road trips.
With 305 cubic inches, the cackling small block Chevy endows the little Ford coupe with impressive performance. It offers a very streetable and pump-gas-friendly compression ratio, an Edelbrock aluminum intake manifold and a familiar Holley 4-barrel carb. For reliability, you get a GM HEI ignition system that fires it off quickly and helps it idle smoothly under almost any conditions. The exhaust, of course, consists of long-tube headers and Flowmaster mufflers that shoot straight out the back. A TH350 3-speed automatic transmission is up for the rigors of sitting in traffic, and powers a Chevy S-10 rear end with highway-friendly gears inside. The front suspension is a bit more sophisticated than most Model As, with a Mustang II independent setup, rack-and-pinion steering, and disc brakes, all of which works well because it's hidden under the fenders. Out back there's a traditional 4-link with coil overs. The look is made complete by 15-inch big-n-little tires on aluminum wheels.
This isn't a perfect car and isn't priced like one. However, you can get in and start having fun immediately for not a lot of cash, then spend a little time making it your own. Call today! 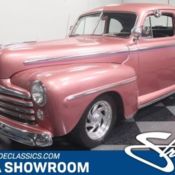 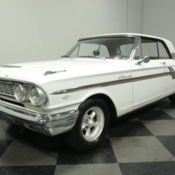 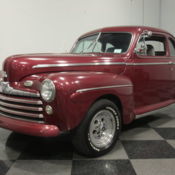 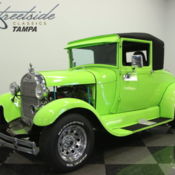 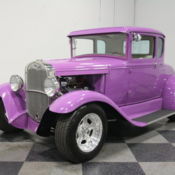 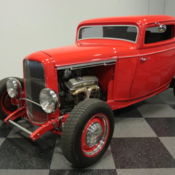 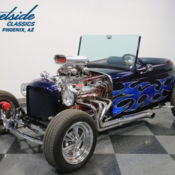 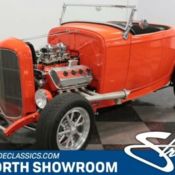 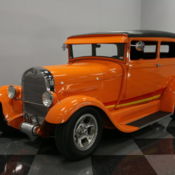 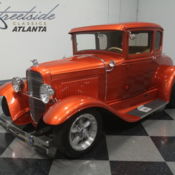