All origina, parked since mid nineties. Speedometer shows mileage at approxly. 71,000. Car ran when parked but is not running now. (Side view mirrors are not original, nor is the gas cap.) Car currently has a Non-operational status with DMV.
Sold as is, where is. Cash only.
Please contact me if you have any other questions. Car is in Mtn. View.
Below is some 1974 Mustang info., Source: .mustangspecs.com :
By 1973, the Mustang had grown away from its original dimensions. Small, sporty, economical import cars were becoming more and more popular with their luxurious interiors, thrifty engines, and manual transmissions. At Ford, Lee Iacocca wanted to bring the Mustang back to a small, sporty, luxurious, personal car that would compete well against these imports. The result was a Mustang that was smaller and more luxurious than ever before.
The Mustang II was 13 inches shorter in wheelbase than the '73, 19 inches shorter overall, 4 inches narrower, and 450 lbs. lighter than last year's model. Compared to the '65 Mustang, the II was 11.8" shorter in wheelbase, 6.6" shorter in length, and 2" narrower. The Mustang II was more plush inside with its low-back, non-reclining bucket seats in different grades of cloth or vinyl, and simulated woodgrain trim on the instrument panel, optional door panels, gear-shift lever, and parking brake lever. Standard gauges included a tachometer, temperature gauge, and ammeter, with brake, oil, and "Fasten Belts" warning lights.
The '74 Mustang II was the first Mustang to come with a 4-cylinder engine, which was used until 1993. The 2.3L (140 cu.in.) was a bored-and-stroked version of the 2.0L used in the Pinto until '73. The only optional engine for '74 was a 2.8L V-6. This German-built V-6 was derived from the European Capri's 2.6L V-6. Either a 4-speed Manual transmission or an optional 3-speed Automatic could be used with either engine. For the first time, a V-8 was not available in a Mustang, as the emphasis was put on economy instead of performance. Despite this, the '74 II sold extremely well, coming within 10% of the original Mustang's 12-month sales figure. The '74 II sold more than any year Mustang after 1967, and no Mustang has sold more units since. Part of the reason for this success was the Arab oil-embargo of 1973-74. With the scarcity of gasoline, motorists needed more fuel-efficient cars, and V-8 engines ended up taking a back seat for a while. 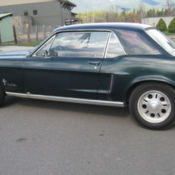 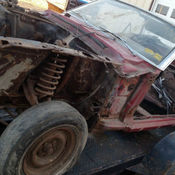 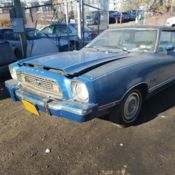 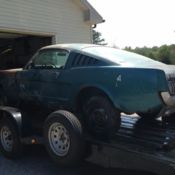 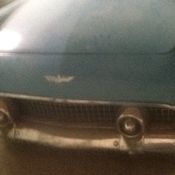 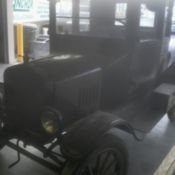 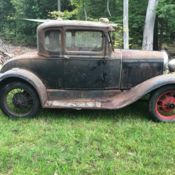 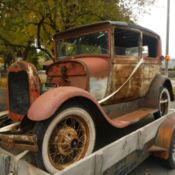 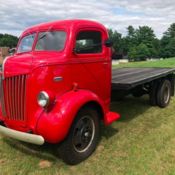 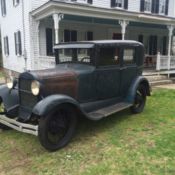