Looking for a mid-60s Shelby Mustang GT350 that you can actually drive and enjoy? Here at MotoeXotica Classic Cars, we have the closest thing, a factory Ford High Performance K-Code 1966 Mustang Fastback that has been updated to a Shelby GT-350 replica.

Assembled at Ford's San Jose, California factory on March 24, 1966, this example left the factory finished in Wimbledon White and Black interior and was initially delivered to the Richmond, Virginia region.

Finished in factory correct Wimbledon White (code M) with blue racing stripes, this car's paint and trim is in overall excellent condition. The windshield and other windows are clear and intact. The headlights and other vehicle lights are haze-free and in one piece. This Shelby Pony rolls on Dunlop radials, size 215/60R14 at all four corners, and surrounding Magnum 500-style wheels. The tires and wheels present well, with minimal scuffing or pitting.

All of its body panels are straight and solid, its bumpers look great especially the GT-350 front bumper, the engine bay is quite tidy and the trunk is in good order, complete with a full-sized spare tire. The Shelby rear-quarter windows replace the Silent-Flo ventilation panels found on other regular fastback Mustangs.

Under the racing hood is a 289 CID "Hi-Po" V-8 engine (code K) with a four-barrel carburetor, Shelby intake manifold and dual exhausts. This engine is mated to a four-speed manual transmission. We have confirmed that the block is no longer the original numbers matching unit and was replaced with a standard 289 block but fortunately the heads are still the original high output correct K-code heads. This engine currently still has excellent high rpm performance and really makes this fastback feel like a real deal GT-350!

Open the driver's door and the black interior (code 26) greets you. The front buckets and rear demi-buckets are in very good condition while the matching black carpet is in overall good order, as is the car's headliner. The black instrument panel is in one piece and looks good. A Cobra tachometer is perched atop the dash, canted slightly toward the driver. A three-spoke rim blow wood steering wheel faces the driver and it is in excellent shape. The black inner door panels look very good, the mirror glass is in good order, as is the shifter. Rounding out the interior is an AM/FM stereo with cassette deck.

A high-performance version of the 289 was introduced late in the 1963 model year as a special order for Ford Fairlanes. The engine is informally known as the Hi-Po or the K-code' (after the engine letter used in the VIN of cars so equipped). Starting in June 1964, it became an option for the Mustang.

Competition to this Shelby in 1966 included Dodge's Dart, Mercury's Cougar and Plymouth's Barracuda.

This car is currently located at our facility in St. Louis, Missouri. Current mileage on the odometer shows 61,252 miles. It is sold as is, where is, on a clean and clear, mileage exempt title. GET OUT AND DRIVE!!! 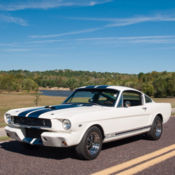 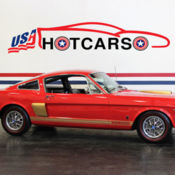 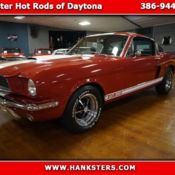 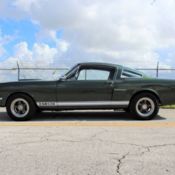 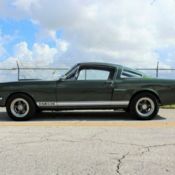 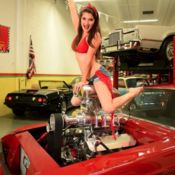 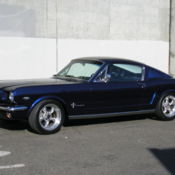 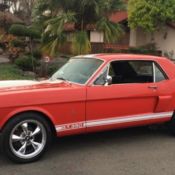 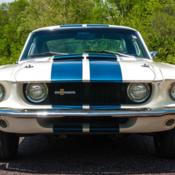 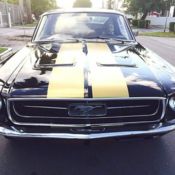