The Ford Thunderbird is a rear wheel drive automobile which was manufactured by Ford in the United States over eleven model generations from 1955 through 2005. The Thunderbird created a market niche that eventually became known as the personal luxury car. The Thunderbird was a rushed development in response to the Corvette but then ended up as a personal luxury roadster instead. The first year (1955) Thunderbird was a tremendous success selling 16155 cars compared to just 700 Corvette's sold. T...he Thunderbirds were marketed towards their features rather than performance despite having a 292 cu in V8. The 1955 to 1957 years were just 2-seaters and remained that way until 2002 which were modeled after the 1st generation Thunderbirds whom many believe are the pinnacle of the line. The 1955 model had a removable hardtop with a 102-inch wheelbase chassis that was 175.3 inches overall with a width of 72 inches and a height of 52 inches. Curb weight was 2833 pounds. The engine was a Mercury 292 cubic inch V-8 exclusive to the Thunderbird line. GR Auto Gallery is pleased to present this low mileage since the complete restoration 1955 Ford Thunderbird. This T-Bird comes in a beautifully done Snowshoe White with a matching hard top and like new Black vinyl soft top that has remained in spectacular condition since it was done with a near flawless Black and White vinyl interior. Done in 1985 and only just over 8000 miles since the restoration this Bird was cared for extremely well and done to keep its originality. The interior looks like you are in a showroom 60 years ago with all of the era correct fixtures and interior pieces which still function. The engine is the Ford 292 Y-block V8 with a 2-speed Fordomatic automatic transmission that starts right up and runs like. Looking at this T-bird gives anybody the feel of the 50's especially white walled tires and nothing that wasn't supposed to be on when it rolled off the line added to this beauty. To see over 80 photos of this car including under carriage please visit our website 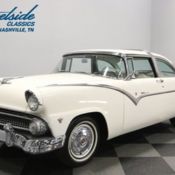 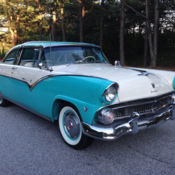 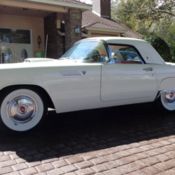 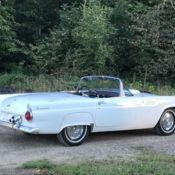 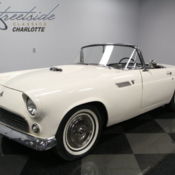 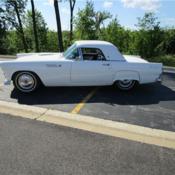 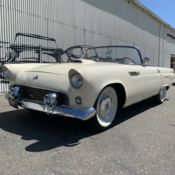 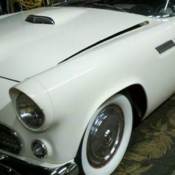 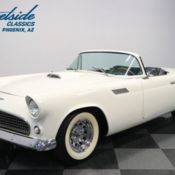 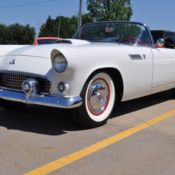