1992 Ford F150 XLT extended cab pickup. very clean just up from Harrisburg P.A.it has only been in new york for three weeks. just a super clean truck as seen in the pics. its black with bright red interior. it has around 85% original paint it has been touched up here and there over the years but you can see that over all the paint shows excellent it looks great in the pictures and it looks just as good in person. the interior is perfect its a 10 out of 10. theres no wear or cracks of any kind the ash tray and lighter have never been used i dont think its ever been driven by a smoker. it has the following options:power steeringpower brakesair conditioning (blows ice cold)power windowspower locksstereo w/tape playerbucket seats (cloth) with consolerear seat (cloth)This Ford has a 5.0 302ci and automatic transmission (w overdrive) and it drives just as good as it looks the motor is quiet with no leaks and the transmission shifts smoothly also no leaks. I tried to take the best pictures i could of the chassis its very clean underneath and if you would like any specific pictures just let me know. it is also equipped with a reese class 3 trailer hitch with a 5 pin trailer plug as well as an Warner electric brake module its all kind of old school but in very good condition.
93,000 original miles (actual)
I would easily rate this truck a nine out of ten for an east coast truck its very original for a 25 year old truck super clean and performs like it did when it was new.
please call or text with any questionsThanks Bob585-415-9439
$500 deposit due within 24 hours of salenew york state buyers must pay 8% sales tax 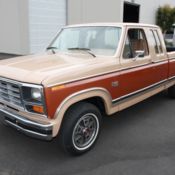 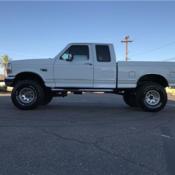 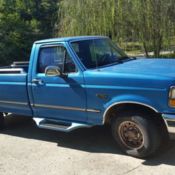 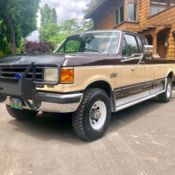 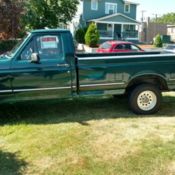 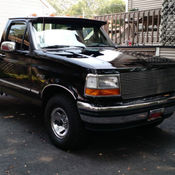 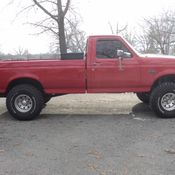 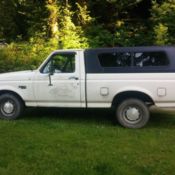 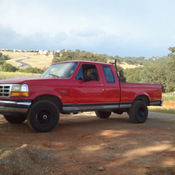 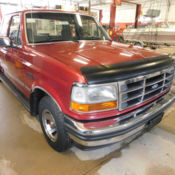