For the first time since its launch, the car faced some serious competition. This resulted in Ford evaluating the Mustang's strengths and weaknesses. In addition to the Pontiac's Firebird, Mercury's Cougar, and Plymouth's Barracuda, Chevrolet had plans to roll out their new Chevy Camaro muscle car. This resulted in Ford duking it out with its competition by creating a more muscular and powerful Ford Mustang. Feeling pressure from their competition, Ford needed to make the Mustang more powerful ...so it could keep up with its competitors. The answer came in the form of a larger car. Although the wheelbase remained the same at 108 inches, the length of the vehicle was increased by two inches resulting in 183.6 inches from front to back. The car also featured a front-suspension track that was widened by 2.5 inches. The increased body size allowed Ford to put their first big-block engine in a Mustang. Additionally, the grille features a larger opening and the feature lines on the side led to larger simulated air scoops. The taillights were three vertical lenses on each side of a concave panel and the gas cap was located in the center of the panel. This particular Mustang that we have for sale is in exceptional condition. The car has had One Owner for its whole life, and has been extremely well maintained. She is a 'C' code model which means the car is equipped with a 289 V8 engine from the factory. The car not only looks amazing, but runs & drives even better. For more information or to make an offer, give Dan a call at 863-370-6712 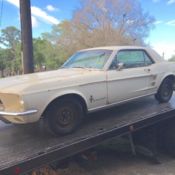 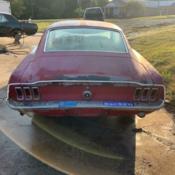 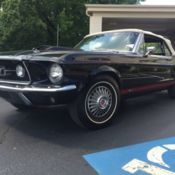 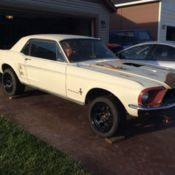 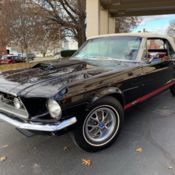 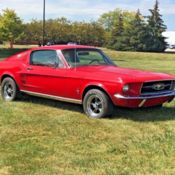 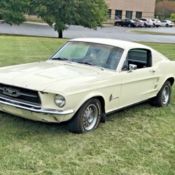 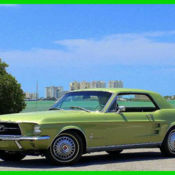 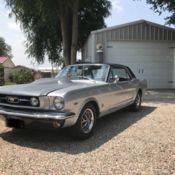 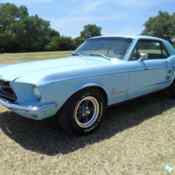