Up for sale is my 1966 Ford Mustang. The car has been professionally built and restored from one end to the other. It features a 5.0 Coyote fuel injected engine, TCI suspension, vintage air, and much much more. This car is one of a kind with many custom touches. The car has won many awards, but it's not trailer queen, I built it to drive and have done just that. I've put 5100 miles on the car since its completion. I've enjoyed this car just as I intended but now its time to move on to something else. Someone is going to get a great car at a price much less than the cost to build.
The car needs nothing, its mechanically sound, paint is still very nice, everything is basically still brand new. Everything works as it should. The only complaint I can find is the Wildwood brakes have a little squeal to them but I'm told this is pretty normal with a large aftermarket brake. Feel free to fly in and inspect the car. I'm located a couple of hours from Atlanta or Greenville, three hours from Charlotte, or one hour from Asheville. If you are the winning bidder, fly in and drive it home. I'd drive this car to California without hesitation.
Below are a list of the modifications.
TCI Front Suspension w/Coilovers
TCI Rear Suspension w/Coilovers
Torque Boxes
Power Rack & Pinion Steering
Wilwood 4 Wheel Disc Brakes
5.0 Coyote Crate Motor
Aerospace Fuel Pump & Regulator
CustomAir Filter Box & Pipe
Pheonix 4R70W Transmission
Strange 9 inch Ford Rear End
Ford Racing Wiring Harness & Computer
Ron Francis Car Wiring Harness
Vintage Air
CustomAir Vents In Dash
Halo Headlights & Led Park Lights
Dakota VHX Series Gauges
Lokar Shifter
Late Model Wiper Motor
CustomEngine Cover
TMI Interior w/ Bolstered Seats
One Piece Headliner w/ 1 1/2"s More Headroom
Iditit Tilt Column
Hidden Optima Battery In Trunk
17" Magnum 500 Wheels
Hidden LED Side Markers
Underside Of Car Lizzard Skinned
Complete Dynamat Inside
Matrix Premium Paint & Clear Coat
CustomExhaust
And Much, Much, More!!!
The car was featured on SVTPerformance.com in 2016. It also won SVTPerformance.com Editors Choice at Mustang Week 2016. 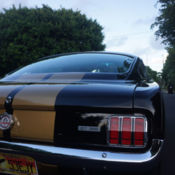 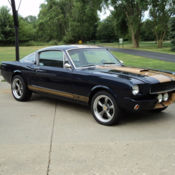 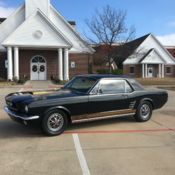 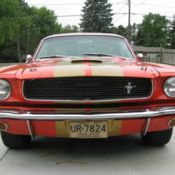 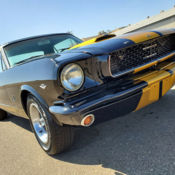 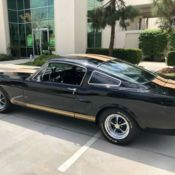 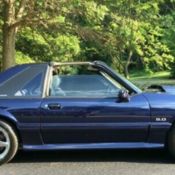 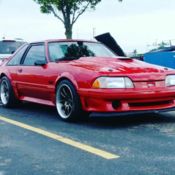 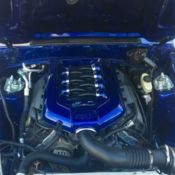 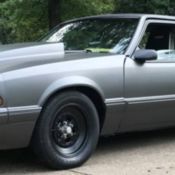