The car runs, drives, handles, and brakes well. The previous owner installed new tires and a new battery shortly before I bought it. The motor doesn't smoke, knock, or leak oil. The interier is clean and free of stains around the back window. The value in this car is that it not only drives well, its an original car, according to the previous owner.The car is titled as original miles at 780.

I haven't found any significant rust!

The history of this car according to the previous owner is that this car was owned by a Ford dealership owner in Atlanta, GA for seventy five years.
His family sold the car after he passed away. The previous owner said he drove the car on local tours and had no problems with the car. It's obvious the car has been taken care of and treated right. The underside of the car is in good condition, good paint, and very clean. The floorboards look original. The engine pans are in place. The radiator fan is a four blade fan. The radiator doesn't leak. While I haven't put a lot of miles on the car, it has run well when I've run it. A friend from the Model A club looked at the car last week and was impressed by its mechanics. The battery was weak from sitting over the winter, but with a charge it started right up with no knocks. We let the car idle until we ran out of gas, the tank wasn't full. The ammeter registered that the generator was charging properly. The lights work and we oiled the horn which has been replaced at some point. The carburator bowl was leaking a little and we found it was loose so we tightened it up.
My friend from the club said the car "runs good, you'll love this car the more you tour with it and use it." and encouraged me to keep the car, but I have another car and I'm loosing the storage space for this car. If I had the room, I would be happy to keep it for a long time to come.
The car has been taken care of. It's not a perfect car, but very solid, clean, and respectable for being an original eighty-eight year old car. The car is titled as actual mileage. Someone askedme if the car has been repainted. The paint is in good condition but I don't know if its been repainted or not. The car is being sold as is with no returns.Deposit is nonrefundable. Only the deposit can be paid via PayPal. The balance will need to be cash or cashiers check which must clear before the car is released. Email or call 240-461-8802. 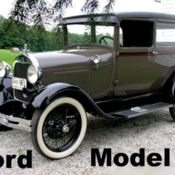 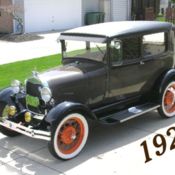 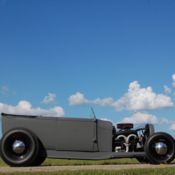 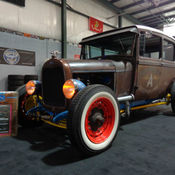 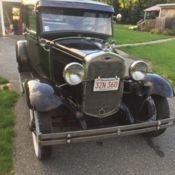 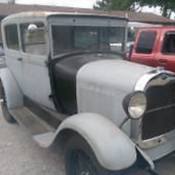 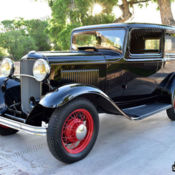 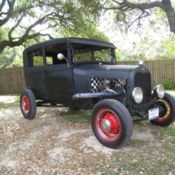 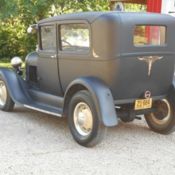 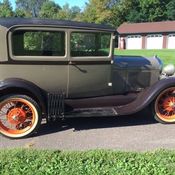