Sometime while we weren't looking, 4-seater Ford Thunderbirds became popular collectors' items. No longer are back seats a liability, and collectors have discovered that Fords like this 1962 "bullet" Bird not only look great, but they're downright awesome to drive.The Landau was the top-of-the-line Thunderbird, reaching across the gap towards the Lincoln lineup, bringing luxury and comfort to the Thunderbird party. Sure, it was still sporty "personal" transportation, but with the new look came a newfound focus on luxury. Included with the package, of course, was the padded roof with landau bars, a styling element borrowed from coachbuilt pre-war cars. You can't go wrong with black, either, and code A Raven Black is this car's original color. The paint is showing signs of age, of course, but it's in good enough condition that a professional buff would work wonders and make it sparkle once again. This was also a time when cars were still assembled with care and pride, which shows in the details here, from the ornate front bumper and grille assembly in original condition and needing a little attention, to the stainless trim along the tops of the fenders, to the clearly jet-inspired taillights and rear bumper which looks almost new. It's handsome and stately without being flashy, which was exactly the intention of the original stylists.If you aren't convinced that the '60s were the pinnacle of clean, elegant interior styling, then you haven't been paying attention. The all-new code 70 silver-blue interior offers a symphony of colors, textures, and materials that is so upscale and slick you'll think it's the set from "Mad Men." The bright stainless and chrome details, particularly the wrap-around brightwork that extends into the doors, combine with the carefully textured accents on the center console to give it the look of high-end furniture, not just a transportation appliance. Even the steering wheel is an intricate combination of materials and shapes. Oddly enough, this appears to be a car with radio delete which we've never seen before, but other options include a tilt wheel and power windows, all of which work properly. The spacious trunk is fully lined and carries original mats and a spare tire in its own matching cover.Everyone knows that horsepower sells, and as the Thunderbird grew, so did their engines. By 1962, it was a 390 cubic incher making 300 horsepower in Z-code trim, as in this Landau. Still running in stock spec, it starts easily and runs down the road with a smooth flow of torque and a muscular hum that makes it feel effortless at any speed. It's been dressed up a bit with gold air cleaner and valve covers that contrast with a Ford Blue block, but other things like the expansion tank for the cooling system are totally correct. A beefy 3-speed automatic transmission shifts smoothly and channels the power to the 3.00-geared 9-inch out back, and the highly original chassis is impressively solid and remarkably clean. Original 14-inch wheels wear factory wheelcovers and 215/70/14 whitewall radials.These Thunderbirds aren't going to be any more affordable than they are today and this one offers a lot of potential and tons of built-in style for not a lot of money. Call today! 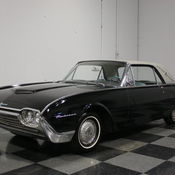 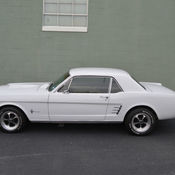 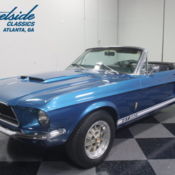 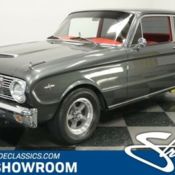 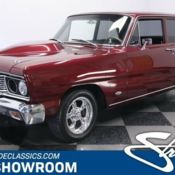 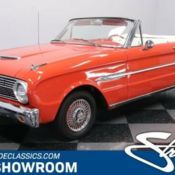 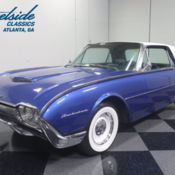 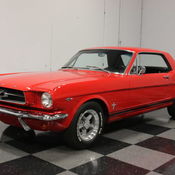 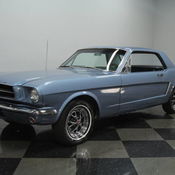 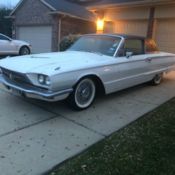