1966 Mustang Fastback 6R09A****** 289 4v V8. Data Plate: Body: 63B = 2+2 Fastback, Pony Interior. Color: T = Candyapple Red. Trim: 66 = Black Crinkle Vinyl, Pony Interior. Date: 03F = June 3, 1966. DSO: 71 = Los Angeles. Axle: 1 = 3.00:1 Conventional. Trans: 5 = 4 Speed Manual. ********************************** I will be adding more info as I think of it and will answer all questions as soon as I can. Will try and add a link for more pictures . If you need a specific picture let me know. Since I have owned this Mustang it has been in Las Vegas. I have put just under 1,000 miles on it since purchasing 12 years ago. The previous owner in El Segundo, CA had it for 10 years. He purchased it with 98,000 original miles and put just over 10,000 miles on the car. The engine had just been rebuilt to Hipo specs when he got the car along with all new suspension and new gas tank. The car was also painted at that time the Raven Black with Gold stripes to replicate the Shelby Hertz paint scheme along with the GT stripes being painted not decaled. The car spent the rest of its life in the desert community of Palmdale, CA. This is a San Jose California produced car that spent it entire life in Southern California until I brought it to Las Vegas. I have owned many mustangs and Shelbys and I have to say this Mustang is one of the best running ones I have ever owned. Engine runs smooth and quiet. Runs cool anytime of the year and that's saying a lot being in Vegas. Everything works in the car. It has all its original interior chrome in beautiful shape and looks almost new. Rust and pit free. All original sheet metal. Shelby hood and front valance are fiberglass so obviously not original. Hood still retains original hood latch and also has stainless steel hood pins. This car is solid as you can see by the pictures. The underside has the original Ford factory red oxide paint peeking through the undercoating. No rust or collision repairs ever done. Some other items that are not original are the hand polished and chromed American Racing Torque Thrust wheels with CNC machined and engraved billet cobra caps. Trans AM Racing Power Disc Brakes. Reverse eye Magna leaf springs. 620 of coil springs. Tinted original glass with new windshield. KYB shocks Polished Cobra oval air cleaner and valve covers. Petronius Ignitor in distributor. New fuel line. New NOS Ford parking brake cable. Autolite 4100 carb was just rebuilt. 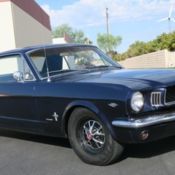 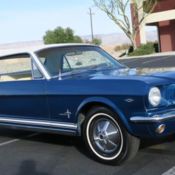 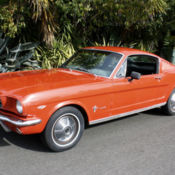 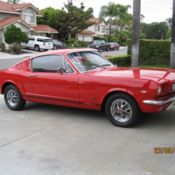 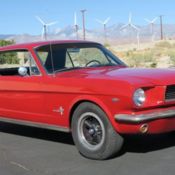 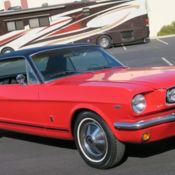 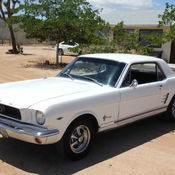 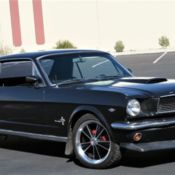 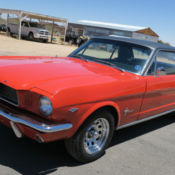 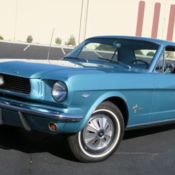