Up for sale is a rare 1956 Ford Parklane two-door station wagon. This upscale model was only built for one year, and was designed to give the Chevy Nomad some competition. Only 15,186 of these cars were produced, and there aren’t too many of them left. This car was built on October 29, 1955 in the Long Beach, CA plant, and ended up in Idaho. According to the VIN plate, the original colors were Pineridge Green with Meadowmist Green. The trim code shows Medium Green Vinyl and Light Green Woven Plastic. It has the deluxe push-button radio. The car comes with an Idaho title.

I acquired this car in a trade for my ’27 Ford roadster, and cannot afford to restore it correctly. Instead of cobbling it up, I would much rather sell it to someone who can and will bring it back to its original glory.

This Parklane is pretty much as pictured. There is some rust, but the floors are in amazingly good condition, with only one small rust-through that I could find. The driver’s side rocker panel is rusted through, as shown in one of the pictures. The glass is all good, except the driver’s door glass, which is broken. The bottoms of the doors look solid. The driver’s door does not latch. The front seat needs to be completely reconditioned, but you probably noticed that already. There are some miscellaneous parts lying in the back of the car, along with a driveshaft. The stock wheel covers are included.

The car currently has no engine or transmission, but a very complete Y-Block is included. This engine has the casting number C1AE 6015R, which I believe to be a 1961 vintage 292. This engine has intake and exhaust manifolds, distributor, carb, generator, water pump, etc. I do not know the history of this engine, or its internal condition. The guy I got this car from told me that the last engine actually in the car was a 302 small-block, so I do not know that the motor mounts are still correct for the Y-block.

The hood has 90 very nice louvers punched into it. It was already louvered when I acquired the car. Another non-stock item is the front disc-brake conversion, shown in the pictures. I have no information on this setup, and am not willing to speculate. The sharp-eyed among you have probably noted that someone shaved the right-hand door handle. I have no idea why this was done, but I do have the handle, and it is included.

The Parklane emblems appear to be brand new. Oops, as I was photographing the dashboard, I noticed that the speedo needs a new needle. Unknown how many miles are actually on this car.

I tried to take pic’s of every area that might be a typical rust or problem area, but ebay only allowed me to upload half the pic's. if I missed anything, please let me know. The front sheet metal was apparently removed, and when reassembled, it was only loosely bolted together. For this reason, some of the panels don’t line up, as you undoubtedly noticed in the pic’s. Also, I left the hood ajar because once it is latched, it’s hard to unlatch again. If you have any questions, please ask ‘em. I will try my best to get you an answer. Thanks for bidding and good luck! 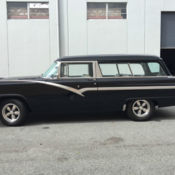 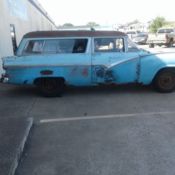 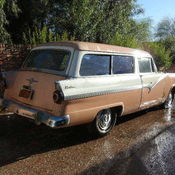 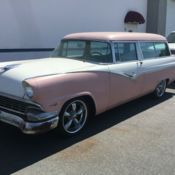 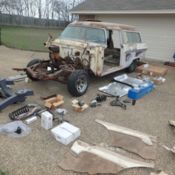 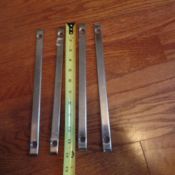 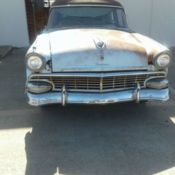 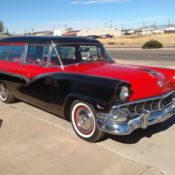 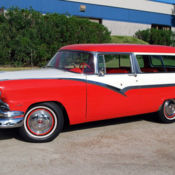 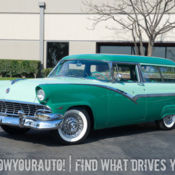