Up for bid in a Rare Fairlane Club Victoria (Two door coupe). Only 256 Victorias were produced in 1957.

I HAVE COMPLETED THE RESTORATION KEEPINGAS CLOSE TO ORIGINAL PARTS AS POSSIBLE.

Open the hood and there is the original 292 V-8 Thunderbird engine rebuilt by a professional Machine shop in January 2016 with less than 200 miles since rebuild.The 292/312 enginewas introduced in 1956 as Fords most sought after options. This Y-Block is topped with the economical professionally rebuilt two barrel carburetor with the correct argent silver OEM air cleaner. Notice the valve covers, these too are the original OEM valve covers with correct decals. The correct fuel pump and all the tubing lines are correct and new. The duel exhaust system was custom madeto OEM specs.

While the engine wasremoved, the entire engine compartment was detailed back to it's original beauty ofFactory yesteryear. The voltage regulator, wiper motor, windshield wiper reservoir bag, all plug wires were replace with new OEM style.

The Victoria was completely stripped and paintedback to it's original color, Flame Red and Colonial white. The front windshield glass was replaced with OEM style glass andOEM gasket, the rear back glass was removed, cleaned and reinstalled with new OEM gasket. The seats, and door panels were professionally covered with correct OEM upholstery and correct new red carpet was installed. All of the interior trim pieces were removed and repainted. The bumpers were re chromed and fitted back on to the car.

Check out the detailed overhauledOEM Spotlights / Mirrors and chrome brackets! How cool is that ?? These were fitted by a professional on the body according to Ford's spotlight template. They both light up just as they did back in the day. The cost of the spot lights, fitting, and rebuilding exceeded $1,000, but the "coolness" they provide was WELL worth the expense. SKIRTS: Some buyers like them, others do not.The Mercury Cruiser Skirts DO NOTcome with the car, but they are available for an additional $500. the skirts were professionally painted with the two tonecolors separated by the stainlesstrim, (see attached picture of a "similar" '57 Victoria with the cruiser skirts installed). this will give you an idea of what they look like installed.

If you are looking for a Rare premium collector car, this Ford Victoria is a the right choice.

The only reason I am selling my 57 Victoria is because I have a new "Girlfriend" (a moreexpensive one) a 1957 Ford Sunliner Convertible.

I have a local friend that willdeliver (you work outthe fee)to yourfront door anywhere within 300 miles from Virginia Beach, Virginia 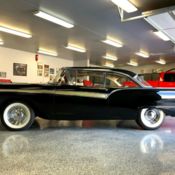 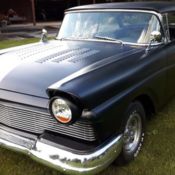 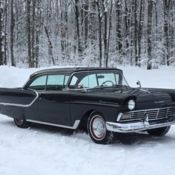 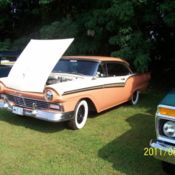 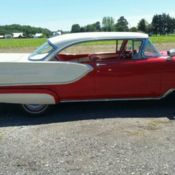 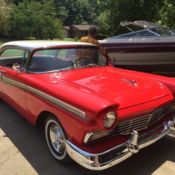 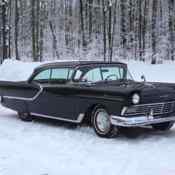 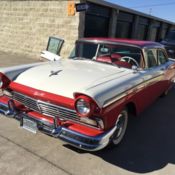 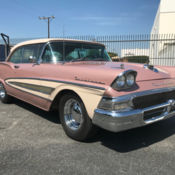 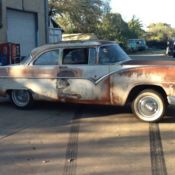