There are also cobra badges on the front fenders that were installed by the previous owner. Throughout my ownership of the car I have tried to keep it period correct including concourse correct belts and hoses. The only item I am aware of that is broke is the hinge on the ashtray at the back of the center console. The car has always been stored in a heated building.

This car is clean inside and out. Last year the front end was disassembled and the inside fenders and firewall were cleaned and repainted with satin black ceramic paint. The engine was repainted with new gaskets and seals. Transmission seals and gaskets were also replaced. There are no known mechanical issues with the car. The engine runs smooth and the transmission shift smoothly and both were likely rebuilt by the previous owner. The floor pans were replaced by the previous owner. And the interior is like new.

All the glass appears to be original other than the front windshield which looks new.

In the last year the following items have been replaced:

In 2009 the following items were replaced:

History: Based on a couple of receipts found in the car I believe it was originally restored in 1988. I purchased this car at an auction around 1993 and drove it regularly. I eventually sold it to my sister in 2000 who placed it in storage. I purchased the car back from her in 2006. At that time it was necessary to rebuild the brakes and carburetor and replace the battery to get it back on the road.

The car has been driven quite a bit since originally being restored 28 years ago so the paint does have a few chips that have been touched up. To be a perfect vehicle it would need to be repainted. About 17 years ago I had a small dent in the left rear fender repaired as well as repair work on the lower front corners of the doors where the paint had bubbled up under the stripes. Since then a few very small bumps have appeared on the top of the rear fenders that are not very noticeable. The paint has a very glossy appearance and I would consider a high quality driver that still shows very well and turns heads everywhere you go. The Goodyear tires are at least 28 years old but their condition is very good for their age with no visible cracks or signs of age. Questions?Please send email. 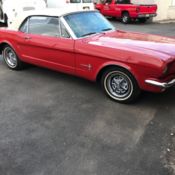 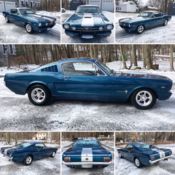 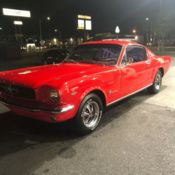 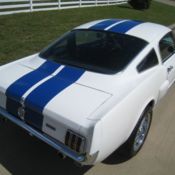 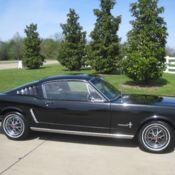 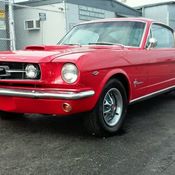 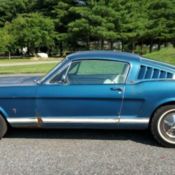 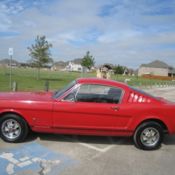 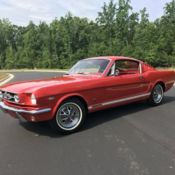 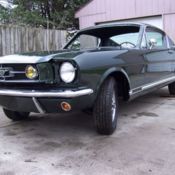