It's not just that this 1971 Ford Mustang has all the right elements to be a Mach 1 tribute at an affordable price. The appeal of this one goes much deeper as you see the result of when an enthusiast painstakingly works on a car for years.The longer, lower, wider Mustangs that debuted in 1971 are truly a unique part of the car's history where the original pony really stretched its legs. These were true American cruising machines with the impossibly long hood, sweeping fender lines, and sports roof models like this that had so much space these earned the nickname "flatbacks." Now take this history and add an extremely careful restoration that includes great Mach 1 elements like the front air dam, hockey stripe side graphics, and the large rear spoiler. The shine from the well-integrated chrome bumpers and upgraded American Racing wheels make this a true American classic. Finally, feature it all in a super-straight body wrapped in a beautiful shimmer from Ford's special Acapulco Blue...now that's the makings for a true eye-catching vintage pony car.The restoration of the interior was done in a muscle car-friendly black vinyl. If you're ever wondering why the bucket seats, carpeting, and headliner looks so fresh and new... It's because they are! This car was part of a long-term restoration where one man built a car that would be up to a personal standard, and that's why everything looks so complete and handled with care. The center console lines up nicely with the center stack that holds the heart/defrost and upgraded AM/FM/cassette stereo. The driver gets the original Mustang wheel, and beyond that, the original deep pod gauge cluster is still bright and clear. It truly feels like the kind of classic you would build, too.Under the hood is an interesting treat. This car came from the factory with a 2V 302 cubic-inch V8, so when this car had its motor rebuilt during restoration, there was careful consideration made sure that soul and originality would still be a 302 with a Holley two-barrel carburetor. It's this level of thoughtfulness and care that has gone into the whole engine bay. You can see it in the details like glossy black paint on the inner fenders, the tidy wires & hoses, and the shine of the whole engine that goes beyond the just chrome valve covers. The C4 three-speed automatic transmission was rebuilt at the same time as the V8 for reliable motoring. That's a good thing because the power steering, front disc brakes, and the grip of the modern Toyo tires makes this a lot of fun on the road.This coupe was one man's careful project that took two decades to complete. His family all received other Mustangs he had already restored, so this is one labor of love that gets to go to a new home. Call today!! 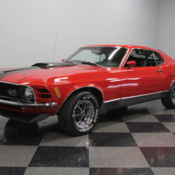 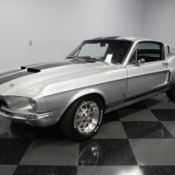 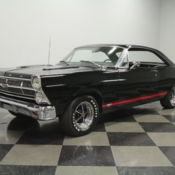 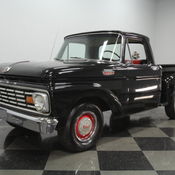 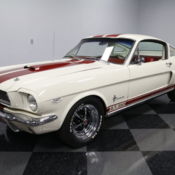 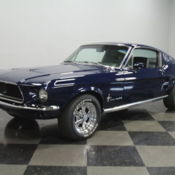 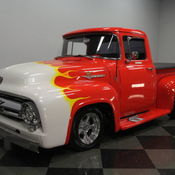 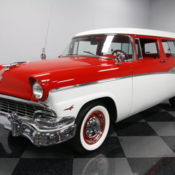 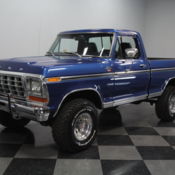