Up for sale is a 1990 Ford Mustang LX notchback original 5.0 car.The car came from Georgia and is very clean underneath, strut towers, etc. where the cars of the northeast usually have trouble spots.This car just came up here this past spring so it has never seen a Pennsylvania winter.The car is currently Pennsylvania inspected.It does need some work but is a great starting point for whichever direction you choose to take it.After last week’s Mustang Week I’ve decided to focus my efforts on finishing 1 project before starting to stock-pile cars for a later date.

My plans were to build a nice street-able track car with this one.It is a very solid foundation with how clean it is and is relatively untouched and a stock starting point.Only modifications to it so far are a catted x-pipe, Flowmaster mufflers, BBK cold air intake and Weld “skinnies” up front that have brand new tires on them.

The car runs and drives, but does need some work.I’ve been told that I’m overly critical of 20+ year cars, but I’d rather be overly critical of online cars so people know what to expect ( anyone is welcome to come see the car in person prior to auction close or bidding if they would like to ).I am located about 20 miles east of Pittsburgh, PA.Location is North Huntingdon, PA 15642.I’ve only had the car for a couple months but instead of building the street car that is track-able, I’ve decided to finish my restore project I’ve been working on for a couple years ( 1993 Reef Blue notchback ).In the time that I’ve had this car, I’ll list the items I feel need to be addressed ( some may be different depending on if you’re going to make more of a street or track car ).The headliner needs installed.I have it and may get to it prior to auction close, but no promises.The AOD kick down cable needs replaced – the tab on the top of the cable is broken so the car will not downshift at full throttle.I was going to install a C4 ( which I also have ), but the AOD is very useable for someone that wanted more of a street car.The cable is around $100 I believe.The rear end I think is noisy.I was going to install upgraded axles when I converted it to 5 lug, but the rear that is in the car I think is noisy and has a little play in it.Again, the car is driveable, but I belive these are items that should be looked at and addressed.The smog pump has been removed.The A/C was in the process of being removed.These are not items needed, but if it’s going to be more of a street car, probably should put them back on ( I have the original components that were removed to save for race weight ).The front bumper cover had damage to it and looks like it was just painted over.Hard to see in the pics that I tried to show it, but it is there.Core support is damaged ( new core support goes with the car ) and that is 1 of the reasons for the hood pins.The car has been repainted and is not bad, but it is not a show car either.Very presentable but again, I’ve been told I’m overly critical.Rear wheels / tires are 14” wheels with snow tires.They are just on there so the car is moveable.I never got around to getting the rear drag radials for the car. Rear seat back is from a hatchback so coupe seat back should be gotten if it's going to be a street car. Mileage on cluster is 3x,xxx and title states exempt so I would assume it's 13x,xxx.

I’ve tried to show as much as I could with the pics, but anyone is welcome to come take a look in person.Included with the Buy It Now price ONLY is a used C4 transmission with a deep pan and upgraded planetary gear set.Transmission needs gone through but even the cases themselves are getting harder to find.Was told trans still goes through the gears, just leaks fluid – I have not been able to confirm.Hurst pistol grip quarter stick shifter for C4.Fox length Moser 31-spline 5 lug axles with extended wheel studs.Ford Racing open carrier for 31 spline axles.3.73 Ford Racing gear set.All above items are used items and included in the Buy It Now price only – any best offer price please indicate if any of the items are to be included.

Car is being sold as is and is for pick-up only unless arrangements are made prior to bidding.I would suggest trailering the car at pick-up because I have not driven the car much and the TV cable needs replaced.Any other questions or additional pics you would like to see – please let me know.Thanks for looking. 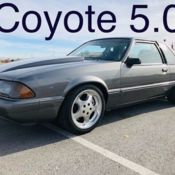 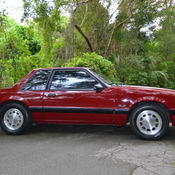 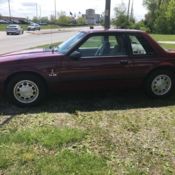 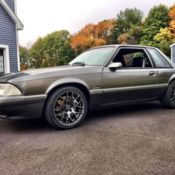 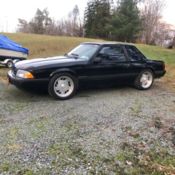 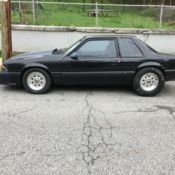 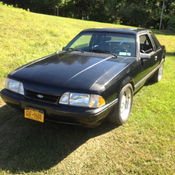 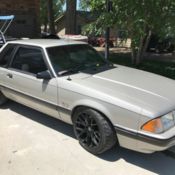 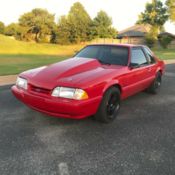 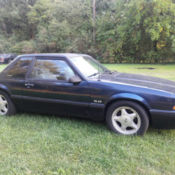