Chances are, if you've watched an old movie set in Europe somewhere in the '60s, you've seen a car like this 1970 Fiat 500F running around. Cute, eminently Euro, and surprisingly affordable, this neat little minicar is an unusual alternative to the more common Beetles, MGBs, and late-model duplicates that don't quite have the same charm. This is a pretty original car. It's probably been repainted at some point, but it was a while ago and the... overall patina gives it a charming look that suggests it has been used but not neglected. Inexpensive cars are nothing new, but the Fiat brings Italian flair to the party, and everyone is right when they say that no other country can duplicate the feel of driving an Italian machine. The simple, rounded bodywork is clean and well-proportioned, if not dramatic, and it shows you what you might have been driving had you lived in Rome or Paris in the early '70s. Not perfect, but chic and hip, even today where it attracts attention all out of proportion to its size. The chrome and bright trim is unquestionably original and it's in great shape, building character the way only time can. There's also a cool trunk rack just big enough for a suitcase. The interior is simple and no-frills, with low-back buckets that are pure 1960s and a dashboard that puts the focus on driving. The seat covers have undoubtedly been replaced, as they're just too nice to be nearly 50 years old, but the rest appears to be vintage 1970 stuff. Carpets, door panels, and dash pad have a nice patina to them that makes the inside of this Fiat look casual and inviting and doesn't take itself too seriously. The big two-spoke steering wheel delivers easy maneuverability in the lightweight little car and the big central gauge has a definite Italian flair to it. Overhead, the massive sunroof is covered by a checkerboard pattern roof and you'll never want to run without it alfresco. There's also a fair-sized trunk up front that is in original condition, which isn't necessarily a bad thing, and includes a full-sized spare. The 650 cc two-cylinder engine has plenty of pep for a lightweight microcar like this and delivers modest thrills with an Italian accent. It was rebuilt about 5000 miles ago and feels eager right from the start. There's a great exhaust note thanks to a single exhaust system and the ingenious packaging of the engine compartment is something only the Italians could have dreamed up. Dig the the beautifully cast valve cover, the bright red engine tinwork, and the wonderfully complex engine mount, all of which add to the car's character. It runs well and despite Fiat's reputation, it should prove to be reliable and inexpensive to run if everything's properly sorted. Parts are still plentiful for these cars, so they're easy to service and if you're a little handy, you can probably handle most of it yourself. The suspension is willing, with a nice compromise between economy and comfort, and the brakes, while not astoundingly powerful, are adequate. Painted steel wheels with polished hubcaps are a traditional European look and they carry right-sized 125SR12 blackwalls all around. A neat little survivor that is seldom seen here in the US, this Fiat will stand out in a lot of ways without breaking the bank. Call today! 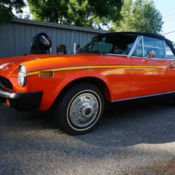 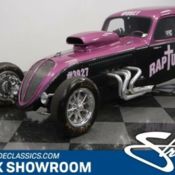 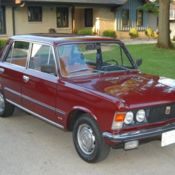 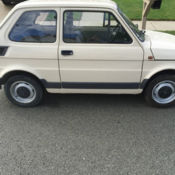 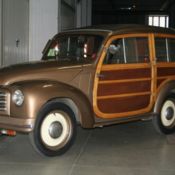 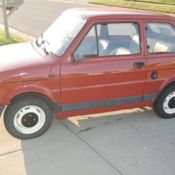 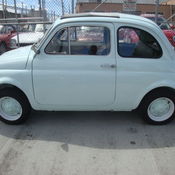 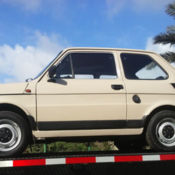 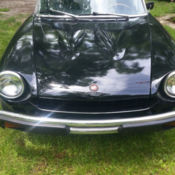 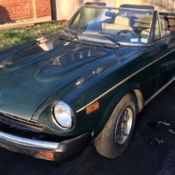