In1968 Dodge introduced a new body design for Cornet. The lines were sleek and crisp. Lots of little details on body made this car standout from the rest. When you checked the box for the R/T package the car received a bunch of cool race inspired touches. The engines which were offered was Dodges full line up, he 440 commando was standard with the R/T. This R/T up for sale here has a lot of the option boxes check off which make this car unique and fun to drive. Only a total of 431 Cornet R/T automatic Convertibles were built in 1968. That's not many cars and how many are left with the numbers matching drive train and all original body panels. This car has not even been restored. it has been painted at one time, ut the engine bay, runk, nd door jambs are original paint. This car has just been pulled out of long term storage and has received a complete inspection mechanical. At that time a full brake service was done and all fluids flushed and changed. This car drives great and wants to keep to in the driver seat. All the electrical system operates and work like they should. The motor and transmission were both rebuilt recently and operate very smooth. The motor and transmission are both numbers matching. The carb has been replaced at some time with an aftermarket piece. The alternator and starter have also been replaced. The original fender tag, uild sheet and full history are also are still with this car. The option list is as follows: R/T package 440 Commando Automatic transmission Tach Bucket seats with bubby seat Head rests Am radio Light package Magnum rims Quarter trim Fender lights Undercoat and hood pad Power convertible roof Wood wheel Paint side stripe Power Disc brakes Power steering 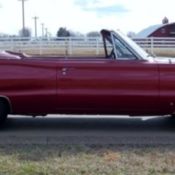 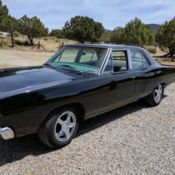 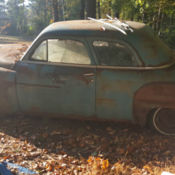 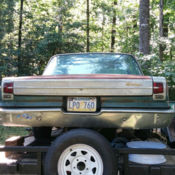 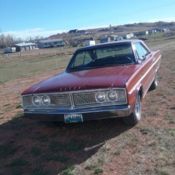 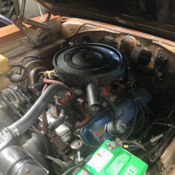 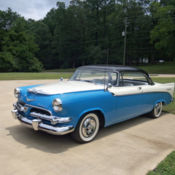 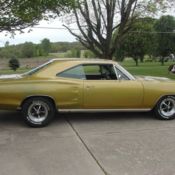 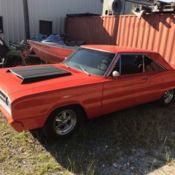 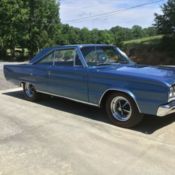