1985 Dodge W350 with a 1992 12 valve Cummins and factory 5 Speed transmission 4x4. This truck started life as a rust free 2WD crew cab county truck out of South Dakota. I bought the truck from a guy that built several of these diesel conversion trucks and it was built very nicely, nothing hacked up or rigged he also owns and runs a repair shop. The conversion looks like it was a factory swap as he installed a radiator support out of another Cummins chassis donor truck. The complete drivetrain from a 92 Cummins was installed under the truck. The rear end of the truck was swapped from the donor into the crew cab chassis and the front end was sub framed in under the front seats. I was told that the engine and transmission had roughly 190,000 miles on them. The engine is also 100% stock never had any mods done to it. The truck is very nice, wearing its original paint but, it is not perfect as you can see in the pictures it has some bumps and bruises as it is 35 yeas old. I have driven the truck roughly 1500 miles since i bought it and it drives just like these trucks did when they were built. The only reason i am selling is to buy a rental property. Don't miss your chance to buy this truck these never come for sale. I will a pic of the vin number when i get a chance as that one is not correct. Also the truck has brand new rims and tires. 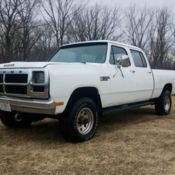 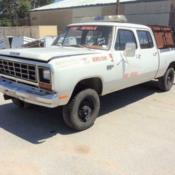 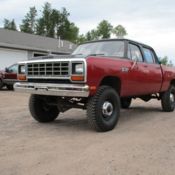 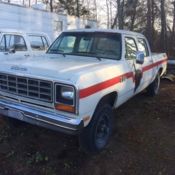 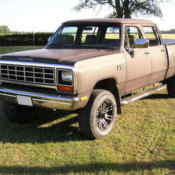 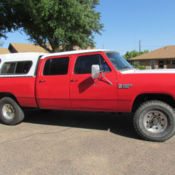 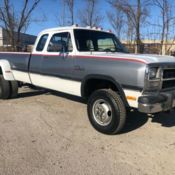 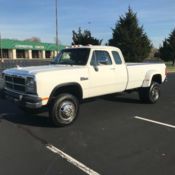 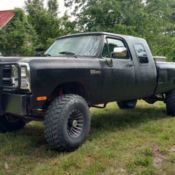 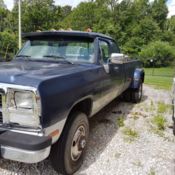