Hello... So here's a 4 year father & son project cause the boy says he wants a Cummins! This Started off at buying a Nevada truck that was run off the road and had bad body damage, so we bought a rust free Nevada 2wd body truck ( title to prove & could dig up some pictures of it) then the work began and over the years it was to over whelming to him. Once it hit 2 months in the body shop he was pretty much done at $5000 to paint it then once it was together body shop was going to block it out for its show quality job but that never happened it looks real good but not show quality yet. So years past as it sat in my garage and I stopped arguing with him and just bought him out of it & I was left to put it together. Ok now back to the truck ...things that are new Radiator, Fan Pulle, Belt, Battery, 2 tire, carpet, windshiel, weather striping ki, bed mat, the rear tail gate finish panel is super nice We never really had to do much mechanical to do cause it was a running driving truck. You can see from the pictures I didn't paint the inside of box incase of next owner has different plans for it like a bed rug or plastic line, I never under coated the frame in case someone wanted to paint it cause its supper clean. This truck is great but I have too many to keep this one. In the picture is a blue w250 cummins that needs a body runs great or if someone wanted buy both and convert green one to an automatic. With the green truck comes what ever I have in parts left .. the white cab pictured is the original one rust free but bent. Please feel free to txt or email me questions. seven 1 five three 6 zero 2 six three 5 Dan O'yeah the one picture of the hood with the dent was from a latter that fell in the garage damn it . 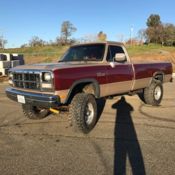 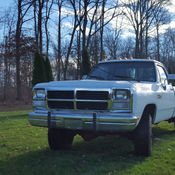 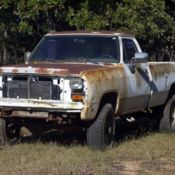 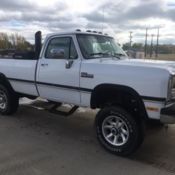 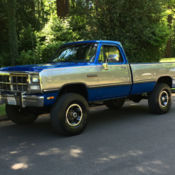 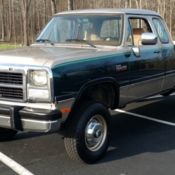 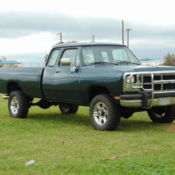 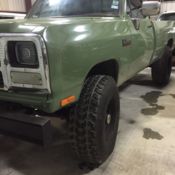 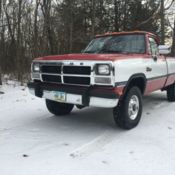