Selling my '66 A100 Sportsman. I haven't gotten around to doing anything with it, and probably never will. I have accumulated some missing parts for this van that are included in the sale (fuel tank, belly pan, rear bench seat, etc). There is no engine but I will throw in an A745 3-speed manual (the heavy duty one) if you want it. Van originally had a 225 and 3spd manual. There are no brakes at all, not even backing plates. 8-3/4 axle is there, has 3.55 open diff, and new Green bearings on the axles. It does have the upper fiberglass interior panels (missing one door window surround), Sportsman dash, 3 early-style pop-out windows with good hardware, deluxe heater, many other hard to find parts. Some bodywork has been done to it but it still has a little rust and some dents in the common areas down low. 14" wheels, all tires hold air and it rolls easily but will obviously require a full trailer. I spent the money to move this vehicle to western WA from MT, clear title in my name is from MT.I cannot ship vehicles but I can help you load or meet a transport company. I can recommend a nationwide hauler who has moved this van in the past. Thanks for your interest! 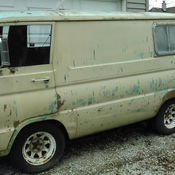 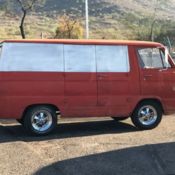 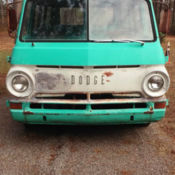 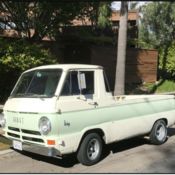 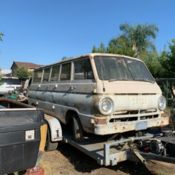 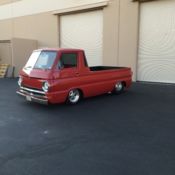 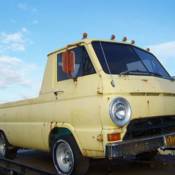 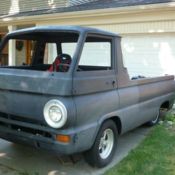 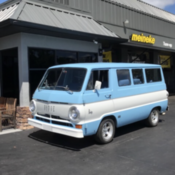 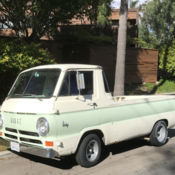