All the Mopar fans out there already know what kind of a rare sight it is to find a 1971 Dodge Challenger convertible. So it's especially nice to find one where there has been preservation mixed with investments over the years to make sure this V8 Mopar royalty really shows off its vintage style.

The factory-correct Light Gunmetal Metallic is the kind of color that's popular on new cars today. So you not only have a Challenger with modern appeal, but also, you get to tell people that this one has been looking cool for nearly half a century. And because this was given a respray later in life, this sunshine-friendly convertible loves to radiate in the sunlight. Form-fitting chrome bumpers and a luggage rack on the back show off some nice grand touring style. But we really know you love this because Mopars were some of the meanest muscle machines. You see that in the details here with the twin scoops on the hood, wide quad exhaust tips, and the Mopar's mag-style road wheels. And the cool racing stripe on the hood goes so nicely with the black convertible top.

If you like the way the roof looks, then you'll be excited to flip a switch and power it down to reveal a full black interior. Bucket seats, a center console, and plenty of wood-like trim give it a nice vintage look. It's even a factory air conditioning car (it will need further work to be functional.) This was the final year for Challenger convertibles, and there were less than 2,200 made. And that low figure gets even rarer when you account for convertibles born with V8 power like this one. So since this was a performance machine from day one, it's great to see all the right features inside to get your enthusiast pulse racing. That means a three-spoke sports steering wheel and a Rallye gauge package with large speedo and tach. And there's an iconic pistol grip on Mopar's special Slap Stick shifter for those who want maximum control.

Under the hood is the tidy kind of presentation that's ready to show off. In fact, this motor's orange seems exceptionally bold. That's likely a reflection of the rebuild this era-correct 383 cubic-inch powerhouse received in 2012. The mighty V8 inhales deeply with four-barrel carburetor, and it exhales with the sweet sound of power out of the dual exhaust. It has even been dyno tested for over 300 horsepower. The A727 Torqueflite three-speed automatic transmission is a stout unit that was rebuilt at the same time as the motor, so you get crisp and confident shifting. And with power steering and power brakes w/discs up front, you're looking at a rare cruiser that's easy to enjoy.

With such an important car, it's nice that the sale comes with nice paperwork, including the factory buildsheet, owner's manual, and Galen Govier documentation. You're not the only one who dreams of this ultimate Mopar. So you need to hurry if you want it in your garage. Call today!!! 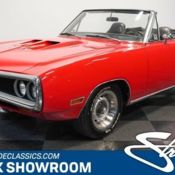 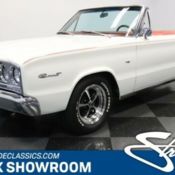 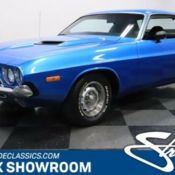 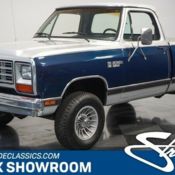 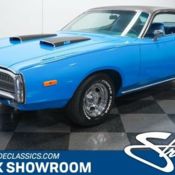 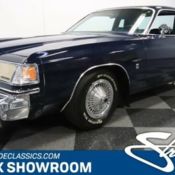 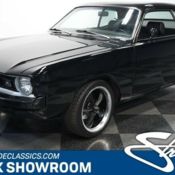 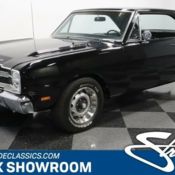 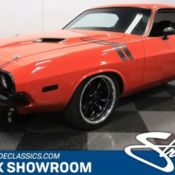 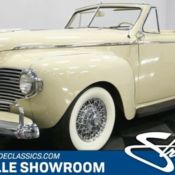