1967 Dodge 'Shart Cat' Dart CoupeBuilt by Gas Monkey Garage on Fast N' Loud6.2L (376 CID) Gen III Hemi V-8 from a 2015 Dodge Hellcat with factory 2.4L IHI twin-screw superchargers with integrated charge coolers - good for 707 hp!ATI Powerglide two-speed automatic transmission with 3,500-stall convertor and Hurst shifterNine-inch rear end with 35-spline axles and 4.30 gearing in a Detroit Locker differentialAeromotive fuel tank, pump and pressure regulatorAmerican Racing two-inch tube headers and custom 3.5-inch turndownsRon Davis radiator with electric fanMagnum Force K-member, controls arms, spindles, steering rack and coiloversChassisworks back-half kit, four-link suspension and coiloversWilwood 11.75-inch discs and four-piston calipers, front and rearCenterline Elite wheels and Mickey Thompson ET tiresBeige exterior with black racing bucket seatsWhat you see here is the "Shart Cat", the victor of reality television race between two teams - Gas Monkey Garage and Roadkill. Teams from the two shows agreed to construct two classic Mopar cars with Hellcat engines then race them in a televised 1/8-mile drag race before an audience of 10,000. The Gas Monkey Garage Dart beat a '68 Charger named General Mayhem from Roadkill by .6, turning in a 5.86-second elapsed time.The car's background information is that Gas Monkey Garage's founder Richard Rawlings recalled delivering newspaper with his father in a beige 1967 Dodge Dart. He found a similar car and originally planned on putting a 340 CID V-8 and a four-speed manual transmission in it from a 1971 Challenger. The crew was a week into putting that plan into reality when Roadkill issued its challenge and it took priority."We decided that if we're going to build a car for this competition, we didn't want to just drop in the Hellcat motor and bolt up some slicks, "? said parts manager Jonathan Mansour. "We wanted to do it right by back-halving the car, installing a four-link and dropping in a Powerglide trans. Everything was so off-the-fly.â€In addition to back-halving the Dart with a Chassisworks kit, a race-ready, four-link suspension and coilovers, matching it with a Magnum Force K-member and front suspension, Gas Monkey's crew moved the firewall back six inches and fabricated a new trans tunnel and driveshaft tunnel. The tight timeline notwithstanding, everything appeared to be on schedule after dropping in the Hellcat Hemi, Powerglide and nine-inch rear. The car also has Wilwood 11.75-inch discs with four-piston calipers all around.Under that stock hood is a Chrysler 376 CID Gen III "Hellcat" Hemi V-8 engine with a factory 4.09-inch bore and 3.58-inch steel crank and rods with forged 9.5:1 pistons. It has aluminum cylinder heads, hydraulic roller camshafts and a factory IHI 2.4L twin-screw supercharger. The engine breathes via an American Racing two-inch exhaust with long-tube headers and custom 3.5-inch turndowns. A Ron Davis radiator with electric fan handles the cooling duties.Backing this engine is an ATI Powerglide two-speed automatic transmission and a 3,500-stall convertor, a nine-inch rear end with 35-spline axles, 4.30:1 gearing and a Detroit Locker differential. In the trunk is an Aeromotive fuel tank, pump and pressure regulator.Transferring motive power to the pavement are Mickey Thompson ET tires, 29.5x10.5.15 in back and 25x4.5x15 in front, mounted on Centerline Elite wheels, 15x10 in back and 15x4 in front.If you're a fan of Gas Monkey Garage's creations, Richard Rawlings or have always wanted to own a car from a reality television show, this may be the car for you! Stop by MotoeXotica Classic Cars today and check it out for yourself.VIN: LH23D75141969This car is currently located at our facility in St. Louis, Missouri. Current mileage on the odometer shows 24 miles. It is sold as is, where is, on a clean and clear, mileage exempt title. GET OUT AND DRIVE!!!Note: Please see full terms and conditions listed below that pertain to the purchase of any said vehicle, thank you. 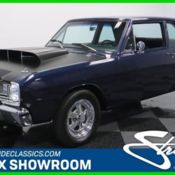 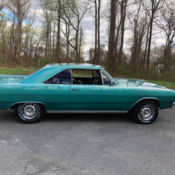 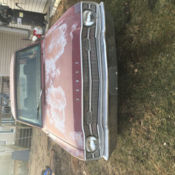 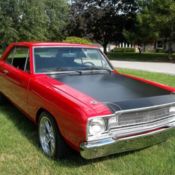 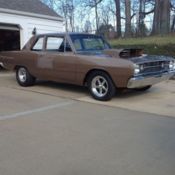 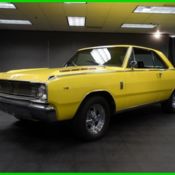 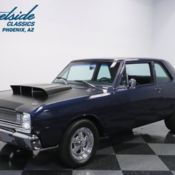 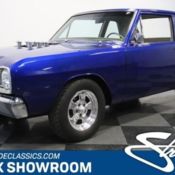 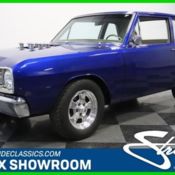 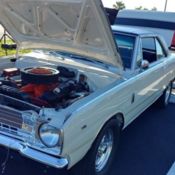