These 70's crew cab trucks are getting rarer by the minute. If you're looking to do a cummins 4x4 swap into a clean and relatively rust free truck here you go. This truck originally came from California and ended up in Western Colorado. It belonged to a man named Ron Hertzberg who was a friend of Richard Petty, the "King."Not that It makes the truck worth more, but it's some neat history. There are two pictures of Ron and the King standing at the back of this truck that will come with it.This is a very solid example of a 70's crew cab dodge. There is very very little rust. The bed is a little beat up because it was a welding truck, but nothing major. It has a 440 ci big block backed up by a 4 speed transmission. This truck originally had an automatic transmission, but was converted to a manual. The transmission also has an NHRA approved bell-housing on it. The 440 appears to be modified. It has a holly street avenger 4 barrel carburetor along with and MSD ignition that you can advance and retard on the fly. It also has aftermarket a/c. The engine runs great. The truck runs and drives quite well for being so old. 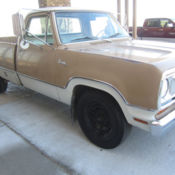 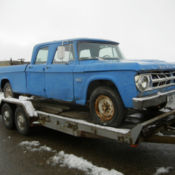 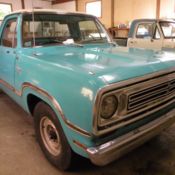 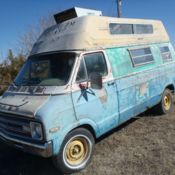 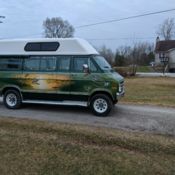 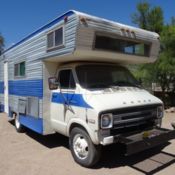 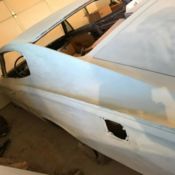 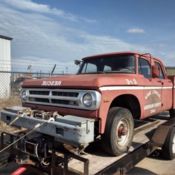 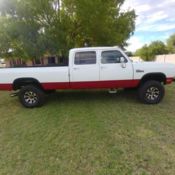 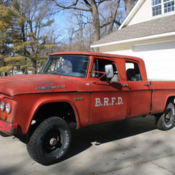