I'm finally doing the unthinkable, selling my 1969 Dodge Charger. I've had it since 1997, and it's been a great car. I just don't drive it other than to move it to and from storage. I guess it's time for someone else to give it a good home.
Here's what I know/remember:Originally a 318/auto car w/ 2.76 gears.Now 383/727 auto w/ 3.55 gears.Transmission was new in 1997 (I bought it with only 1st and 3rd gear working)I replaced the 383 somewhere around 2009 with a rebuilt 383, and upgraded with a purple shaft cam (can't remember specs) and also put a 1000+ stall converter in at the same time. We re-painted the engine bay at that same time. It also has mopar roller rockers under the valve covers. Otherwise mostly a stock 383.Radiator has been replaced at the same time, had previously gone through a few of them with the old engine/accessory drive setup, long story.Wheels I put on back in 97 or 98, if you couldn't tell by the style, along with the grant steering wheel. The old steering wheel was garbage, and I did not save it.Runs great, drives great, overall a great driver that gets a ton of attention.It was repainted, and looked perfect when I bought it. The RR quarter has a scrape, and an outward dent. Dent was done by my brother during prom (going around corner, jack came loose) in 98, and I scraped it in storage 2 years ago. Bumper was tweaked slightly, but that was before me. I met the 2nd owner, and he did that whipping around in a parking lot and brushed a pole. Until that point (2003) when he told me that, I had never noticed it. He always wanted it back, and I have long since forgotten his name, so if you read this, sorry man.Interior is original and needs replaced. I have been meaning to replace it since 2001, when I was told that was my graduation gift, but always put it off thinking I may sell it. Probably should have just done it and enjoyed it. Everything is there.The cd player was thrown in there 10 years ago, and presently does not work. I do have an original 8 track player, wiring, and bezel for it. No idea if it works, I never listened to anything but the engine anyways.Tach is older, and is disconnected, just haven't removed it.Rear valance had some corrosion along the bottom of one of the tail lamps, and was touched up and looks good, but could be fixed reasonably.The lights and everything work, but one of the turn signals is goofy, just haven't had the time to mess with it.
Hopefully the pictures tell the rest of the story. I have video of it running if anyone would like.
More pics are available, or ask for something specific if needed.
Listed elsewhere, and may remove it if it sells BEFORE hitting reserve. ONCE it hits reserve, it's being sold here only. Will consider offers, as it won't let me take them on here.Thanks for understanding, and feel free to ask any questions.
Comments, while appreciated, not necessary! 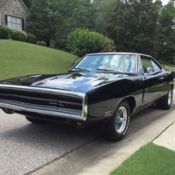 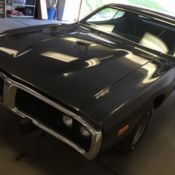 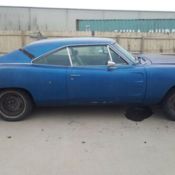 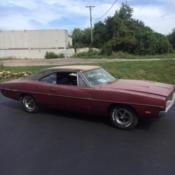 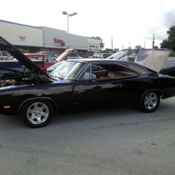 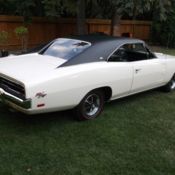 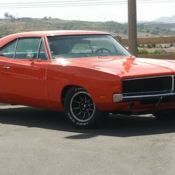 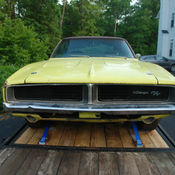 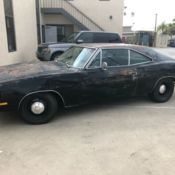 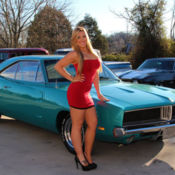