Up for auction is this 1970 Dodge Charger 500 SE. I saved this car 2 weeks ago from the back yard of the second owner. In December of 69 this car sold new to two twin sisters at the Dodge dealership in Piqua OH. One year later it was traded back in at the same car lot and purchased in December of 70 by the gentleman whom I just bought the car off of. He drove the car from 70 till 1979 when he purchased a new car and parked the Charger in his drive way. One year later while going through a divorce he decided to move the car out back of his house to keep it out of sight. The car never moved again until 2 weeks ago when I purchased it. This car has the original broadcast sheet, fender tag, vin tag and door tag. The second owner told me the only two things ever changed on the car were the Cragar wheels and glass pack mufflers. This is a complete numbers matching 383 big block, torqueflite and 3.23 Sure grip rear end car. It still has its original 8 track radio, cruise control, disc brakes, A/C, power windows etc . The grill is beautiful with no broken fins and the original 4 wheel covers are included. I removed the plugs and sprayed PB Blaster in all the plug holes..after 2 days of soaking the engine turned with a breaker bar. I put a battery in and the heater fan blows, clock works, signals work, tail lights and marker lights work and the head lights work when the dimmer switch is kicked high to low however a few bulbs are blown and wipers dont work just yet. The brakes were froze so I removed the rear drums and cleaned them and removed the front calipers off of the discs just so I could roll it in and out of the garage. It's my belief that this car could be running with little effort. As you can see the body will need a complete restoration. All the important areas are structurally sound however the sheet metal needs help. This car came factory with white paint and a green top and green interior. Call 937210zero194 with questions. Thanks. 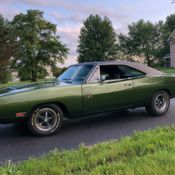 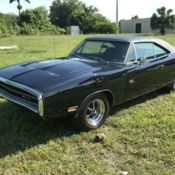 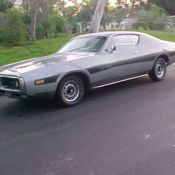 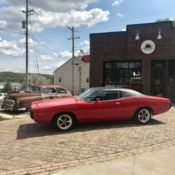 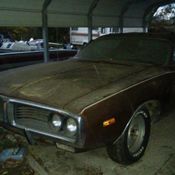 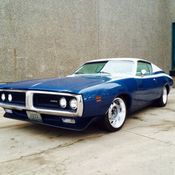 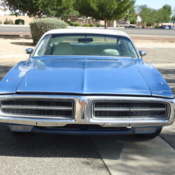 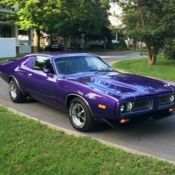 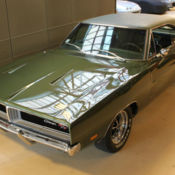 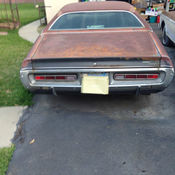