Vehicle Overview 1966 DODGE HEMI CHARGER-
AS SEEN ON GRAVEYARD CARZ.
IT IS AGENUINE FACTORY PRODUCED1966HEMI CHARGER. 1 of 468 Total Produced and 1 of only 250 HEMI 4 Speed cars produced. There are only 42 known to still exist today!!
This Hemi Charger is the recipient of a recent "October 2015" complete INSPECTION by noted Mopar expert Galen Govier who determined the car still retains its "BORN WITH" ORIGINAL HEMI ENGINE, "BORN WITH"ORIGINAL 4 SPEED TRANSMISSION and"BORN WITH"ORIGINAL DANA60 REAR ENDin addition to its ORIGINAL FENDER TAG and ORIGINALBODY CODESand ORIGINAL VIN PLATE. (SEE PHOTOS FOR REPORT) And in addition to Galen Govier's inspection report this car also has a copy of its original IBM card documenting it along with being written about in 2 different hard cover muscle car books.
***Galen Govier also gave it an outstandinggrade of 6+ on his Investment gradescale which ranges from1 - 6 with 6 being the best*** THAT'S ABSOLUTELY UNHEARD OF!!
TheHemi has had major $$$$$ poured into the following services and restoration:
Full upper-end rebuild;
All new Pan Gaskets, Rear Main Seal and other engine gaskets;
New Phoenix Friction Hemi Racing Clutch with all new Accessory Parts;
New Hemi Rear Shock Absorbers;
Rebuilt Original Starter Motor with resurfaced Flywheel;
Original Instrument Panel was R&R, and all instruments were rebuilt and recalibrated;
New Tach Sending Unit;
New Headlight Motors, Limit Switches and Relays;
New Heater Core;
All New Fluids
Everything works correctly (even the Original Radio) and this Hemi is an absolute pleasure to drive
ThisHEMI CHARGER also appears to retain all of its original sheet metal and its original factory interior.It is an extremely well kept car that received 1 repaint over its lifetime and has a detailed photo book of pictures showing the complete paint job.
Interior as stated is all original and shows extremely well there are a couple of seams coming lose on the driver's bottom seat that could easily be fixed but overall it is one of the better original interiors you will find. Again this car has been extremely well cared for and preserved and it's ready to show, drive and enjoy
The trim is original and in extremely good show condition as are the bumpers, grill and tail lights. All Glass is excellent and shows clear. It also still retains its original spare tire and jack.
Underside of the car is very clean and NOT undercoated. Floors are great.
Runs as good as it looks and it has great acceleration as well as it shifts as smooth as butter.
We believe it to be an original Low Mileage car as of today there are 48968 miles on the car there is also an oil change sticker on the windshield stating the next oil change should be at 50,xxx miles at it is dated from 1997. So in the past almost 20 years this car has been driven less than 700 miles. Yet it fires right up and runs, drives and shifts excellent!
NOW ON TO THE UNKOWN:
This is the exact car that was featured on the Dec 23, 2015 episode of GRAVEYARD CARZ (episode 23) on the VELOCITY CHANNEL where Mark Worman stated he believed it to be an original Special Nascar Edition. The split is about 50/50 when it comes to people believing if the carwas produced or not.
It's been said that Dodge produced 85 Special NascarProgram HEMI Chargers for street usethat consisted of a special dual plenum induction air cleaner, Nascar styled wheels, rear spoiler, special reinforced motor mount and breather cap. As of today none are known to exist except for this car sure you can make the assumption more than 1 should exist ifDodge truly produced them BUT... out of the 468 Hemi Chargers Produced in 1966 only 120 total are known to exist today (42 4-speeds) and above that all of the Nascar items were bolt on and could easily been taken off and discarded over the years. We have photos available with the Nascar the equipment on it then.
The car has also been featured and written about intwo Hard Cover Muscle Car Books (THE GREAT BOOK OF MUSCLE CARS) and (MUSCLE CAR CHRONICLE) along with other mentions on numerous websites.
Please feel free to contact us with any questions or offers.
VIDEO
WE DO REQUIRE A $500 DEPOSIT VIA CREDIT CARD OR CASH IN PERSON WITHIN 24 HOURS AUCTION OR LISTING CLOSE. WE DO NOT ACCEPT PAYPAL. 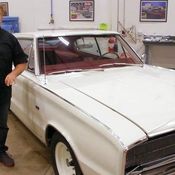 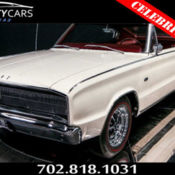 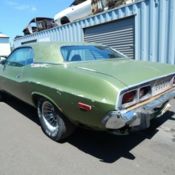 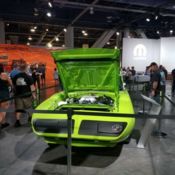 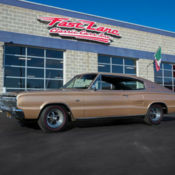 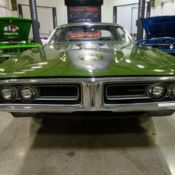 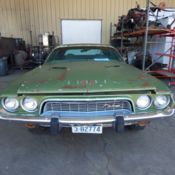 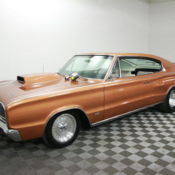 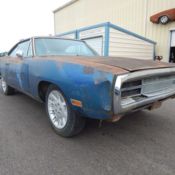 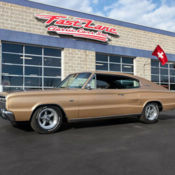