Up for auction, without a reserve, is a 1970 Dodge Challenger R/T project car. The car is a factory original EV2 Hemi orange car, with a 440 ci engine, 4 speed manual transmission, and a 3.54 track pack Dana 60 rear end.

Some history from the second and third owner may be of help in understanding its condition. Sometime in the 1980’s the first owner had blown up the engine and parked the car in a barn in southern Utah. He sold the original drivetrain out of the car. In about 1989 the second owner, found the car and realized it was a 440 four speed car and bought it from the original owner. He found a 1967 440 engine and had it rebuilt to go back into the car. He added the Six Pack carbs and intake system to the rebuilt 1967 motor and had it about ready to go back into the car. In about 1999 the second owner had some financial problems, had to move, and put the car, parts, and the rebuilt 67 engine, up for sale as a package in the local newspaper.

A friend saw the newspaper ad and bought the car. Because this was a very desirable high quality car he decided to do a rotisserie restoration. He had it media blasted and took it local body shop begin on the needed sheet metal repairs. They replaced the driver’s side full quarter panel, the lower passenger side quarter panel, the driver’s side floor pan, part of the trunk floor, the trunk extensions, the outer wheel well housings, and the Dutchman panel below the rear window. When he got the bill for the metal repairs he about croaked and decided he would have to wait and save money for the rest of the body work and paint. He brought the car home from the body shop (now on a rotisserie, and in primer) and parked it in his garage, and lost interest in completing the restoration. It sat in his garage under a tarp until 2014 when he called me and asked if I was interested in buying it, because he had to move.

When I went to see the car is was mostly disassembled and still on the rotisserie. I told him to assemble the car as best as he could so I could see how complete it was. He called back a few months later and said he couldn’t spend any more time on it, and would I be interested as-is.

We have spent the last several months roughly reassembling the car only to show completeness. Please look at the photos carefully, because what you see is what you get. There are undoubtedly some missing parts but it seems quite complete. Because this is such a highly desirable car I seriously thought about completing the restoration myself, but I already have two other project cars in the paint shop.

This is a nice dry western US car, with the sheet metal repairs mostly completed. There are a few small rust repairs still needed by the windshield channel, in the trunk, under the rear seat (leaking back window) and by one headlight. The frame rails, hood hinge area, cowl, windshield and back window area are rock solid.

The fender tag reads as follows:

·Y05 Build to Specifications for USA

Included with the purchase of the car is a correctly dated 1970 440 engine block purchased by the third owner. He also swapped the 11” front drum brakes to disc brakes. I would recommend that the purchaser take the rebuilt 67 engine to a machine shop and have everything swapped into the 1970 block. This would increase the cars value and allow a chance to verify the condition, especially since the rebuilt 67 motor has been sitting on the engine stand for at least 15 years or more.

A 1970 Dodge Challenger R/T with 440 ci engine, 4 speed manual transmission, 3.54 Dana 60 rear end, a good color combination, and a nicely optioned car make it near the top of desirability for a 1970 Dodge Challenger. This is the car that started the Mopar E-body fever. It is common to see these cars sell for $75K or above, with a very nice restoration.

You are welcome to view the car personally, or contact me directly for more information. I can be reached at (801) 910-6306. It will obviously need to be trailered if you pick it up in person. I live near Provo, Utah just off interstate highway I-15, zip code 84003. Look at the photos carefully, call and ask any questions, but what you see in the photos is what you get. The dash cluster, grille and headlight cans are exceptionally nice, and the tail lights are quite nice as well. The car needs a full and total restoration, but most everything is there and in overall good condition. There are some additional parts that I have purchased and packed in the trunk that are not shown in the photos.

It is missing the gas tank, rear valance, gas cap, radiator, fan, radio, seat belts and undoubtedly some other parts as well.

I can store the car for a reasonable amount of time, and will help with pick-up and delivery. I will deliver the car as far north as Boise, Idaho, as far south as Las Vegas, Nevada, as far east as Grand Junction, Colorado, and as far west as Elko, Nevada, for $100 to cover gas. Additional delivery costs would be the responsibility of the new owner.

This car is for sale locally and will be sold when my price point is met. If you plan on bidding, don’t wait till the last minute as it may already be sold.

I have a newly updated, clear, Utah title in my name.

By bidding on this auction, you agree to the terms as outlined. Please only bid if you have the funds available to complete the purchase. You are NOT bidding on an “option to buy” but bidding to own. Perform your due diligence before you bid. A $500.00 deposit is to be paid via Pay Pal within 48 hours of the auction end, and the balance paid by bank transfer, or cash at pick up. No tire kickers or trades please!!

If you have no eBay feedback, or you have less than 98% positive feedback, call before bidding as your bid will not be accepted. 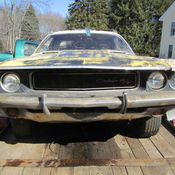 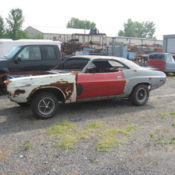 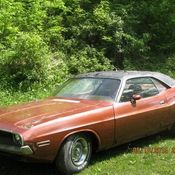 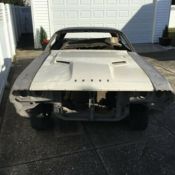 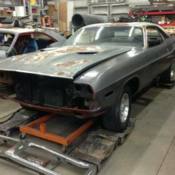 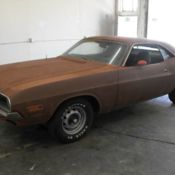 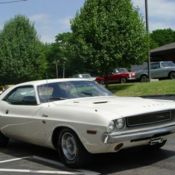 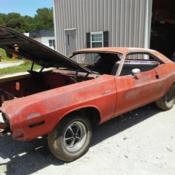 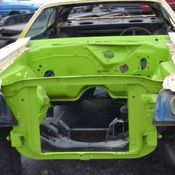 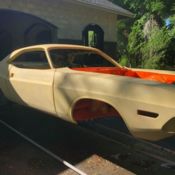