This is a 1985 model crew cab cummins conversion out of of 1992 dodge ram w250. The truck is titled as a 1985. It is a clear title. It has a engine from a 1996 cummins p pump truck with the ve pump style intake and intercooler. This truck is in really good shape for its age. It is not full of rot and rust like most trucks this age. The conversion was done very well and precise. The only thing not functioning is the air conditioning. It is a le model truck with the front windows and locks being power and with a working cruise control as well as power mirrors and a tilt columm. The injectors and injection pump are new as on November 2013. The pump has been set up to specs unknown to me. The truck has zero blowby and has anew a518 automatic transmission as of November 2013 as well. It also has a new alternator, belt, water pump, tensioner assembly, fan clutch, radiator, hoses,as well as a goerend converter and deep dish pan on the automatic transmission. The p pump conversion was done right with new seals all throughout theentire engine.The body is in great shape with no major damage. This truck does have a lift installed as well as overload springs on the rear. It is tight with no road wander. The tires are 75 percent tread. Would be a good truck for a repaint as some of the clear is beginning to peel on the hood. The rockers are solid. The door jams are rust free as well. This truck is not perfect however. It does have a dent on the passenger side front door but hides well and a crease on the passenger front fender. This is minor damage though mind you. The truck was bought from northern Illinois roughly a month ago and hasbeen drivenby us a little over a 1000 miles since purchase with no issues. Truck is mechanically sound and tight. Four wheel drive works perfect and engages nicely andhubs unlock easily as well. Had plans for this truck but we have decidedto buy a new home so wehave put this truck up for sale. We have owned several 1st gen cummins over the years and thiscrew cab conversion was doneright. The electrical is absolutely phenomenal. It has a great set up which eliminates all the fusible links these trucks came withfrom the factory. Beautiful truck for someone to just drive or do a paintjob on and make a show stopper. P pump conversion is done perfect and the truck doesn't use a drop of oiland it does not have any rear main seal or front main seal leaks like a bunch of these trucks do. Feel free to contact me at 417-850-4006 and I can send additional pics as well as answer any other questions you may have. I will help arrange shipping pickup if you so choose to have it shipped. Thank you and happy bidding

The intermittent wiper switch is goofy. It's fast or super fast. Other than that it's square. Please contact me for further pics or information. Thank you

I have put in effort to show every bit of imperfection this truck has as my phone has been busy majority of today. The tailgate has a dent which is shown in a picture. The worst spot on the entire truck is the driver side bottom front fender. It is cracking out from what I believe is body putty from who know how many years ago but the rockers are solid throughout on both sides of the truck both under, front and behind. The cab mounts are also in great condition with good rubber isolators.Also as previously mentioned it has a dent in the passenger door which is shown by photo as well. I also included some photos of the underside of the truck as to show it is mild surface rust and not deep excessive pitting or cracking like most of these trucks this age are prone too. I could have taken time to paint and hide these things but I will only purchase a truck in its work clothes per say so I believe it does others fair justice to know they are not bidding on a covered up issue. What you see of the truck is what it is. The hood has a small spot of rust right above the normal 1st gen crack in the grill. Again any other questions or photos you would like to see please contact me at 417-850-4006. Thank you and happy bidding 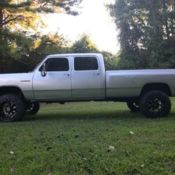 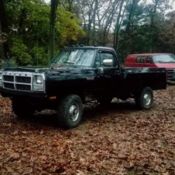 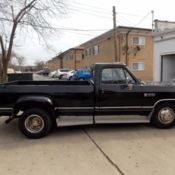 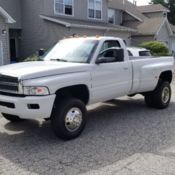 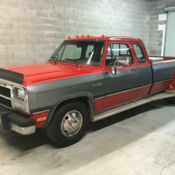 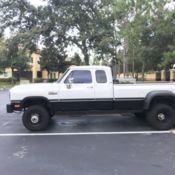 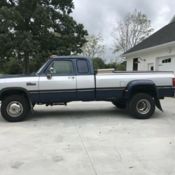 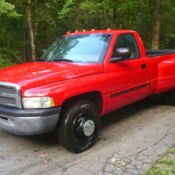 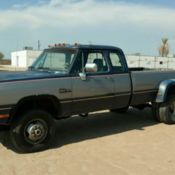 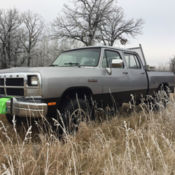