CLEAN TITLE. THIS IS A NO RESERVE AUCTION.
I purchased this car 5 years ago with the intent of having it restored.I have done this with other cars during my 30 my years of collecting.The car was sold new in Albuquerque, NM. It lived there all its life until the man I bought it from, who, like me bought it to have it restored. He intended to use it to tow his 15 ft. Airstream trailer. He accumulated an unbelievable collection of parts in case he ever needed them due to an accident, or whatever. The parts fill the entire car making it impossible for me to see them all. I know he told me the parts included, another windshield, drive shaft (neither of which is needed), radiator, and on and on the list goes.
Other than surface rust the only rust through are the bottom of the rear quaters behind the wheel opening, and the outer part of the rocker.There is NO rust through of the front fenders, the 4 doors, the hood, the tailgate, the floorboards, and the roof. It appears there has been no rust through or body repairs. Chrome is near pit free, and stainless pieces are excellent.
The engine is original 325 cu. in. with the optional 4 barrell carb. (260 hp)The man I bought it from had it running, but it was missing on the #2 cylinder. He thought it was the head gasket.The engine appears to never have been apart, and although I have not attempted to start it, it turns easily. I believe it would be an easy rebuild.Rare 9 passenger Model !
The car if parted out would be worth more than the no reserve price.
If you have further questions feel free to call or text me 561 289 4218 (FL) Jim 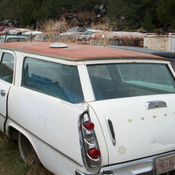 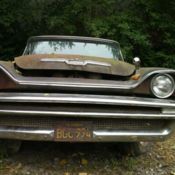 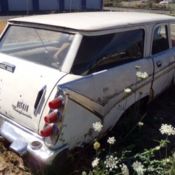 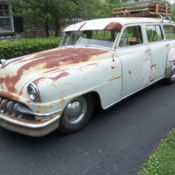 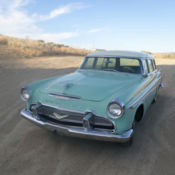 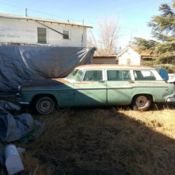 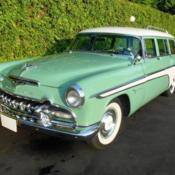 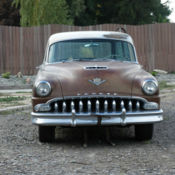 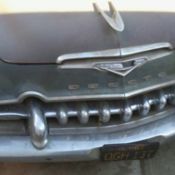