About this vehiclei Bought this 1969 Datsun 2000 in 2001 in Atlanta, Ga. I. Bought it from a guy that had it for what I recall was 13 years? He bought it in Louisiana. I still have the Louisiana title that he signed but I never switched it to my name. Itâ€™s an open title meaning no buyerâ€™s name was ever written in. If this is a problem, please do not make an offer.
Over the next year or so, 1996, I bought a lot of parts to fix the old girl up.
I rebuilt the front end suspension, I bought new Koni red shocks, I cleaned up the entire underside carefully rustproofing all fender wells, frame, inner fenders etc.
I have too many cars & I never got much beyond just getting it dry & safely stored.
In fact, the two rear tires were very expensive Pirelliâ€™s t that dry totes & only have 5 miles on them.
The rear bumper is new old stock & perfect.
The left front fender is new old stock
The convertible top frame is basically brand new... cadmium plating still near new condition.
Carburetors were sent to California 20 years ago & rebuilt & then stored without gas,
The engine freely turns but hasnâ€™t been started fir probably 5 years because I purchased some incredibly expensive treated headers that have never been hooked up the exhaust,
New clutch master & new brake master back then but brakes are not operational now due to frozen wheel cylinders.
It has Volvo 240 calioers in front but never completed as I believe I had a brake line leak.
Door panels were bought new
Too newer but brother took my better one for his 10 years ago.

Light, door handles, badges were bought new,
Spare trunk lid as original has rusted in a few spots.
Side marker lights.. were also bought new.
Iâ€™m sure this car will be great for the right buyer,
I have 4 other vintage cars & I turn 64 next month.
Itâ€™s tome to let someone else take over.
This one is not junk or a rusty hulk but obviously needs attention,
Itâ€™s all thereSeller's NotesIâ€™m selling my 1969 Datsun 2000 that I have been keeping for the last 24 years either in my garage or under different tarps.ExteriorInteriorEngineDeposits are nonrefundable.Created on the eBay Motors app 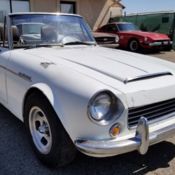 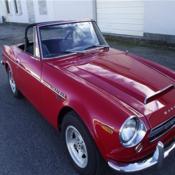 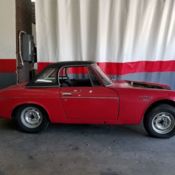 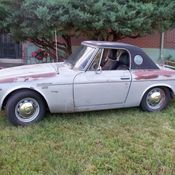 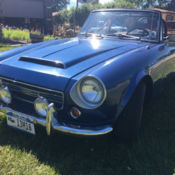 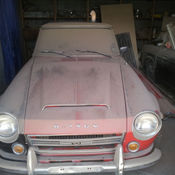 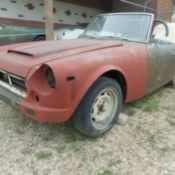 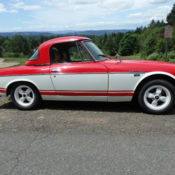 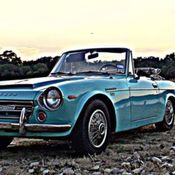 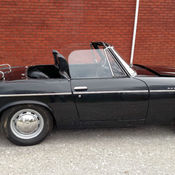