The 280zx was Nissan/Datsuns first major redesign of the z chassis cars. The early z cars were one of the most successful sports cars to come out of Japan in the 70s and they wanted to continue to capitalize on the success of the platform. With the new design they integrated the crash bumpers better, modernized the design with more angular body lines, and redesigning the suspension set up so the car drove like more of a grand tourer than a raw sports car, like the earlier models. There were many trim levels offered, as either a 2 seater or a 2+2. The highest of these being a turbocharged 2.8l Inline six with a 5 speed manual.

Offered here is a completely original example of a very well optioned 280zx turbo coupe. This car has been sitting for a number of years and was recently acquired by us at Classic Investments. We handed the car off to our experienced technicians in order to get it back up and running after sitting for such a long period of time. The fuel tank was cleaned and inspected, a few fuel leaks were remedied, and some other perishables were replaced and it was fired up. The 2.8l Inline six starts up nice and runs very quietly and smooth. The 5 speed manual transmission shifts nicely and all the linkage is in very nice shape.

Inside the car the interior has held up remarkably. Like many 80s vehicles the 280zx is notorious for having the dashboard cover crack and fall apart. It is obvious this interior was covered as it shows very little signs of wear. The dashboard is perfect, with no fading, warping, or cracking. The digital dash is still functioning and all of the instruments are still very bright. The switchgear inside is still clean and clear with no labels having worn off. This car is equipped with the upgraded stereo system and the brushed stainless panel still appears like new. The seats and door panels have suede with "Datsun 280zx" pressed into them and these have held up extremely well.

The exterior has suffered a bit of wear and tear from sitting in the sunlight unfortunately. The front drivers fender has lost its clearcoat, and the car could use some paintwork due to the patina, and there are a few dings around the car that could easily be repaired via PDR. Overall the exterior is in decent shape and has absolutely no rust which is a major bonus.

This is a very rare opportunity to own and drive an extremely low mileage Datsun 280zx. Sporting just over 30 thousand miles, it has been preserved very well 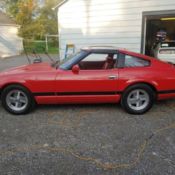 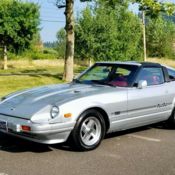 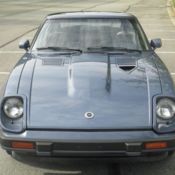 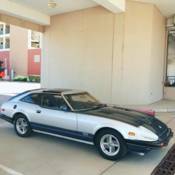 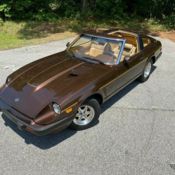 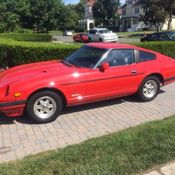 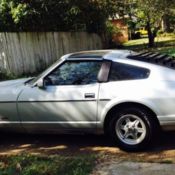 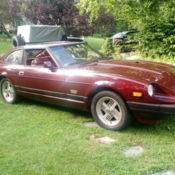 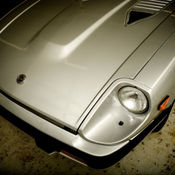 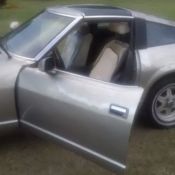