Good, driver quality 240Zs are getting tougher to find. As values increase, more cars are being comprehensively restored to a high standard, and true survivor quality cars are also bringing significant money. Most affordable 240Zs are either botched cars or ambitious projects. This car is neither. It’s a very handsome driver in its original colors of Nissan 113 green and butterscotch.

Its long-term previous owner painted the car and did some metal work to the dog legs and patched some weak areas of the floors with metal. The hatch slam area, frame rails and battery box remain original and sound with just minor surface corrosion. The paint was done ten years ago to a nice (but not concours) standard with nicely blocked, straight sides that are devoid of ugly body side trim.

Chrome is original and shows minor scratches and pitting. The original bumper overriders as well as a set of Amco accessory bumper guards are included with the car as are the tools and jack, owner’s manual, warranty card and other Datsun literature.

The interior is tidy, with a full dash cap, replacement door panels and seat covers. Plastic trim around the quarter windows has some of the usual cracks. New, period-style Coco mats are a nice touch. The car has A/C that was installed by the Nissan distributor when new and it comes with the Datsun accessory A/C manual. It blew cool when I got the car. An R12 charge would likely bring it back to spec. The speedometer failed last year and I purchased a rebuilt unit that goes with the car.

The car starts quickly and runs nicely, with no smoke or funny noises and good oil pressure. The mileage was represented to me as original but I have no way of knowing and the odometer broke last summer. Brake drums, wheel cylinders and the master cylinder are all new as are the H-rated Sumitomo tires which are mounted on a restored set of period American Racing Libre wheels with new center caps and lugs. The clutch engages at near the end of the pedal travel, so I would expect that a new clutch will be needed soon. It goes down the roads straight with no shimmies or wandering as fast as you’d care to go. The original Hitachi flat-top carbs have been replaced with the earlier SU-style carbs, so the car runs like a ’71. I believe that I have the original carbs should you want them.

In all, it’s a very handsome 240Z with some nice period touches that you would be proud to show up in at a local car show or cars and coffee.

NON-US BIDDERS AND BIDDERS WITH UNDER 10 FEEDBACK OR UNEXPLAINED NEGATIVE FEEDBACK MUST EMAIL ME FIRST BEFORE BIDDING OR RISK BID CANCELLATION. THE CAR IS SOLD AS IS WHERE IS. SHIPPING IS YOUR RESPONSIBILITY. 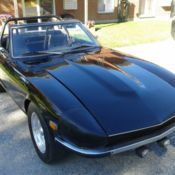 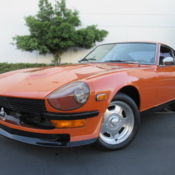 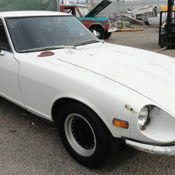 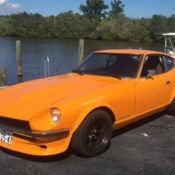 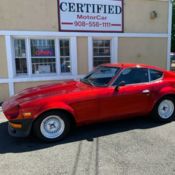 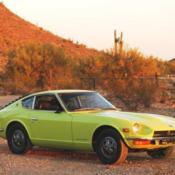 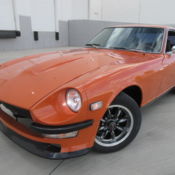 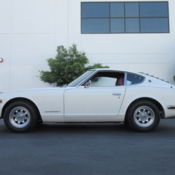 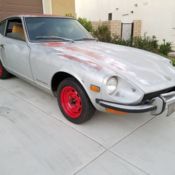 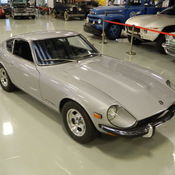