The 1955 model year at Chrysler was the first year of â€œThe Forward Look,â€ that being the debut of their new stylist Virgil Exnerâ€™s designs. His influence would change the face of automobile designs forever. The styling got wilder and the fins got taller every year, with 1961 being the pinnacle. The Chrysler line also went to a unibody design in 1960 that much improved the overall quality. The 1960-1962 Chrysler line featured a really wild Electroluminescent dash that has to be the Coolest ever. The Newport line sports a 361 cubic inch wedge V8 with a 2 barrel carburetor.

The 1961 Newport featured in this auction lived its life as a car in Dusseldorf, Germany. It traveled to Germany in the ownership of a female Army officer. It returned to the states and ended up in Indianapolis.in the late 80â€™s. There is still a country code sticker on the rear bumper. It was found in the early 90â€™s with a plugged radiator and a stuck 361 engine. A 1962 350 horsepower Golden Lion 413 engine and 727 Torqueflite was installed and the radiator recored. A DOT5 silicone brake job was performed and new dual exhaust done. Rustfree replacement front fenders were sourced from Desert Valley Auto Parts in Phoenix. They were installed and the car repainted in the original Black with a Maroon top added. The car was driven a couple of thousand miles and put into dry storage until now. The current mileage is 105,127.

This Newport runs and drives very nicely. It is a blast to drive with the 413 engine! I have driven it a couple of hundred miles recently. Everything on this car works as it should with the exception of the Golden Tone radio that is inop. The 727 Torqueflite was just completely rebuilt by the best shop in the area. It has recently been treated to a new Fuel tank with sender. All of the gauges and lights work. There are new wiper arms and blades. The heat and defrost system works well. It has a new water pump and fresh coolant. There is a brand new set of 215X75R14 radial whitewall tires. The spare is one of this cars original 800X14 Goodyear Tires. The jack and tire iron are present. There is also a spare wheel cover. I had it up on the lift and could find no rust through on the underside. All of the floors are dry and show no signs of previous repair except the trunk floor was replaced at some point which is typical of these cars. The seats were recovered and new carpets installed using the original Forward Look heelpad. It has Very Cool original Mopar carpet savers. The paint has held up very well. The paint was just colorsanded and polished to a mirror finish. This has to be one of the most unique 61 Newports on the planet. The exterior plating is original and needs to be rechromed to take this car to the next level. The outside mirrors are NOS Mopar. The passenger rear door window is cracked. There are some spares included. There is a complete dash panel including a better dashpad than the one on the car, complete gauges and radio. There is also an extra steering wheel.

This is a nice 1961 Chrysler Newport sedan in beautiful condition with many original features that you can drive to Cruise Ins and shows right now. You can get into the Collector car hobby with a turnkey car. I believe that this Newport can be driven to any destination. It is freshly serviced and ready to go. It has an Indiana title in my name. The mileage is exempted on this title. I have done my best to make an accurate detailed description of this car. If there is any aspect that is not mentioned or you require additional information regarding an item, please e-mail or call Larry at 317-908-6401 with any questions or to schedule an appointment to inspect and drive this Chrysler sedan before the auction ends. Please do not bid unless you intend to purchase the vehicle. I will do whatever is necessary to expedite the delivery to include picking you up at the Indianapolis airport or meeting your shipper. I have been told that I should include the language from the Federal Trade Commission Buyers Guide. This vehicle is being sold As-Is, Where-Is, With No Warranty or Guarantee. 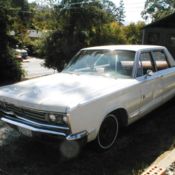 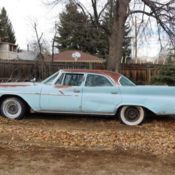 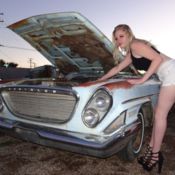 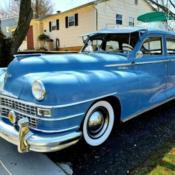 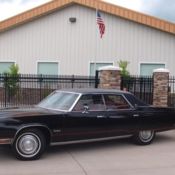 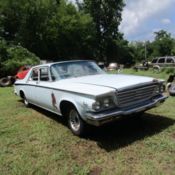 1964 Chrysler Newport body, engine not in car, will make a great project. 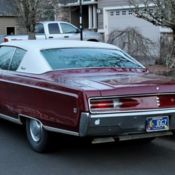 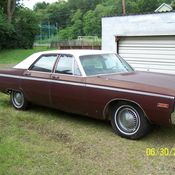 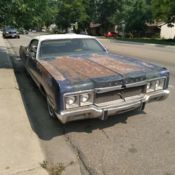 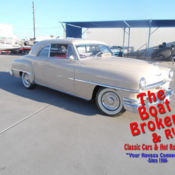