This auction is for my 1969 z28 rs with original #'s matching 302. This car was built in the second week of December 1968 inCalifornia at the vanuys los angelesplant. that is why it is not a x code car. I could not get a clear picture of the vin stamped on the block but is visible by eye and matches vin on dash. also stamped 1206 DZ for December 6th. I am not sure if the Muncie trans is original to car, he #'s stamped vertical are: A37476 or 5? horizontal #'s across top are 3925660. tailshaft is 3857584 GM. Rear end is BU 1101G1. The engine and trans have been rebuilt with less than 300 miles. The car runs very strong and drives great as all mechanicals are newly rebuilt.The z28 has only had 1 repaint which is now fathom green but was originally light green special order.the car is amazingly about 98% complete with all original rally sport equipment, ven has the headlight washers still in place which you hardly ever see.I have the original DZ carb but is running a new holley now.The green deluxe interior is in very good condition, eats and headliner are very good,door panels are cracked on arm rest, as the original carpet which is faded, ust on dash by windshield like most I have seen, riginal rosewood steering wheel with only one small crack.original console gauges.floor boards and trunk pan are solid. rockers are solid and straight. both quarter panels have some rust which I will show in pictures. lower fenders have small rust bubbles.this car has its original sheet metal. You can drive this car anywhere or restore to next level.Here are some facts about this great z28:

BUILD DATE-12B-2ND WEEK DECEMBER 1968-VN on vin tag means built in California - HAS THE SHORT SPOILER ON TRUNK WHICH EARLY BUILT CARS HAD.

NO TRADES - SERIOUS INQUIRIES ONLY PLEASE 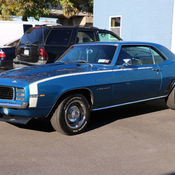 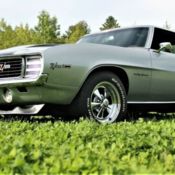 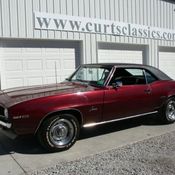 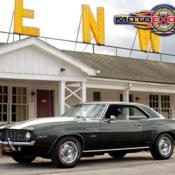 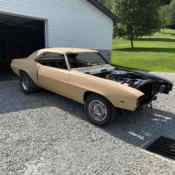 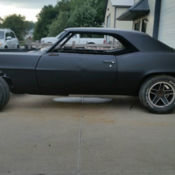 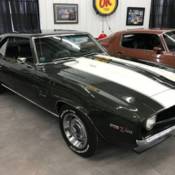 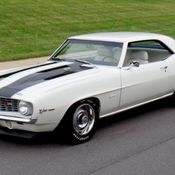 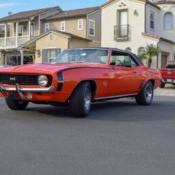 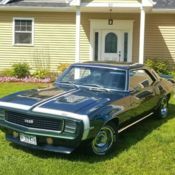