**5,000 MILES SINCE RESTORATION **ONE OF THE FINEST CORVAIR'S AROUND

1966 CHEVROLET CORVAIR MONZA CONVERTIBLE ----Metallic Red with Black interior, lack carpeting and Black convertible top, estored, 10 HP engine with twin carbs, -speed transmission, eriod American Racing Torq-Thrust wheels. VIN: 105676W131725Introduced in 1960, hevrolet designed a revolutionary new car. The Corvair was powered by an air-cooled horizontal six-cylinder engine made almost entirely out of aluminum. The engine was mounted in the rear of the car, riving the rear wheels through a compact automatic transaxle. Suspension was independent at all four wheels. There was no conventional frame, t was the first Unibody built by Fisher Body. The styling was unconventional for Detroit, ubtle and elegant, ith no tailfins or chrome grille. Time magazine put the Corvair on the cover and Motor Trend named the Corvair as the 1960 "Car of the Year”.All mechanicals have been redone by one of the best Corvair restorers in the country. Cosmetically, he body was stripped to bare metal, aving been a California car, nly the slightest corrosion was found, hese areas were treated with new welded-in metal. The suspension and braking systems have also been fully restored. The interior is super in every way. During the restoration, he dash was uprated to a Corsa dash which has additional gauges. The engine compartment extremely clean and detailed nicely and presents well. Recently this Corvair received and new convertible top.This Monza remains is superb condition throughout having approximately 5,000 miles since restoration. It has complete documentation from its previous, alifornia owner, estorer and was previously featured in Corvair magazine.Superb and ready to use, his Monza convertible is offer for a fraction of its restoration cost. 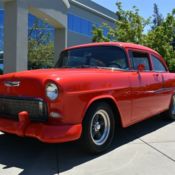 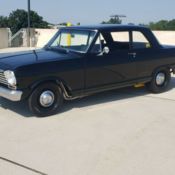 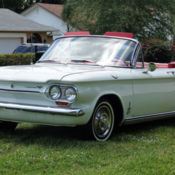 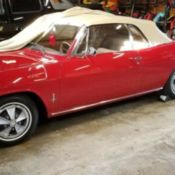 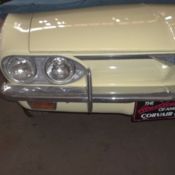 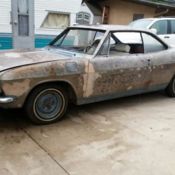 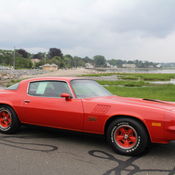 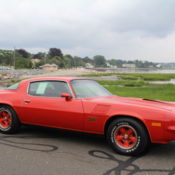 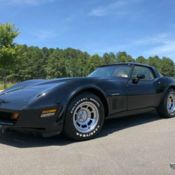 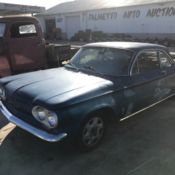