1964 Corvette StingRay Convertible 327/365hp
Original Riverside Red Vette with black leather interior. Car is in excellen, but time to let her go. I've owned this Vette about 7 years. Had the same car, black, back in high school, so when I found her in upstate NY, I had to have her. Runs nice and strong and you can hear that solid lifter cam as soon as you crank her over. Was told by previous owner he and his dad purchased the car in 2000 and after his dad passed the car sat in his garage and was rarely used. Previous ownerbefore that apparently had the car gone over with new paint, new seat covers, and rebuilt motor back in the late 90's, hence the low number on the odometer I am guessing. Most people think the car was painted yesterday, but it is a driver quality car and paint job in my eyes, with some normal stress cracks here and there, touch ups, etc., but shines nicely. Chrome is in great shape, as well as stainless.
Correct dated Holley carburetor rebuilt by Custom Rebuilt Carbs in NJ; correct fuel pump; starter; alternator. Gauges function well, though ammeter and fuel gauge are finicky. Retractable headlights, heater, horn all work, as do interior and dash lights. Clock was rebuilt and works, but adjuster knob has come undone and will need connecting. Dash pad is in great shape. '64 seat belts. Carpets and door panels I believe are original. Casting numbers and dates all seem to match on motor. Convertible top is very nice but is a replacement. Windshield (replacement) has scratches (pictured). Car had a Hurst shifter when I bought her, so I installed the aftermarket shifter to look original...shifts nice. Also appears car had some frame repair at back of doors at wheel arches during the 90's cosmetic restoration.Exhaust seems to be newer as well as front springs. I had new American Classic radials installed about 2 summers ago. Have ignition shielding in box, along with new Delco shocks, and various other items, and book of receipts.
Nice classic 2nd year StingRay. Will make a great Christmas present.

Forgot to mention I had a new clutch installed probably 500 miles ago. A few have asked why I'm selling. Making room in the garage for another car. Have fun. 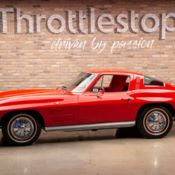 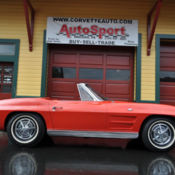 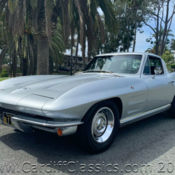 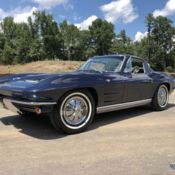 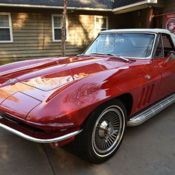 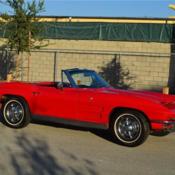 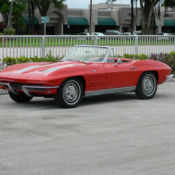 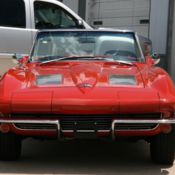 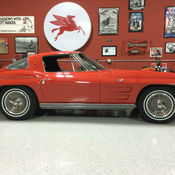 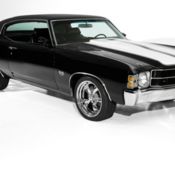