Great ’57 Chevy with its soul intact. Mild upgrades like a 350 Chevy and an overdrive transmission, but it still runs and drives like a vintage Bel Air. Beautiful paint, stock interior, very clean California car. Lots of car for the money!
This is not a show car, although the Matador Red paint is brilliant and the bodywork is straight. The look remains 100% traditional 1957 Chevy, from the hood bullets to the anodized panels on the quarters. The car hails from the west coast, so rust is a non-issue and it appears to be wearing all its original sheetmetal with no patches or botched up bodywork hiding underneath. Someone invested a good amount of time blocking the panels before the paint went on, and then another significant chunk of time wet sanding it once it cured. The result is a deep, red finish and a great gloss that makes this reasonably-priced Chevy stand out. Most of the chrome and stainless trim is original and in good shape—remember this car came from California. Experts might also note that this car lacks the gold-anodized ‘V’ emblems on the hood and deck lid—that’s because it was originally equipped with a six-cylinder engine. We really like the cleaner look.
The two-tone gray and black interior is very correct for 1957 and we’ve always loved the funky fabric inserts. A few subtle modifications make it a bit more user-friendly in today’s world, including extra gauges under the dash, a tachometer tucked into the original temperature gauge’s pod, and a digital AM/FM radio in the middle. The dashboard itself is 100% original and the guy who built the car just couldn’t bring himself to refinish it and erase that authenticity, so it looks a little scruffy but that’s also part of the charm. You’ll also notice a few other details like the mini console in the center and that toggle switch under the dash for the overdrive, but we’ll get to that in a minute. The back seat is also correctly finished and the headliner is in great shape—it might just be original, too. ’57 Chevys are popular because they are great for families, including the giant trunk, which has been finished with black carpets and a full-sized spare with no scary stuff underneath.
This car did originally come with a Stovebolt Six, but today there’s a traditional small block V8 living under the hood. Nothing radical, just a familiar 350 cubic inch V8 with a 4-barrel carburetor. No LS, no fuel injection, no questionable modifications, so it still feels like a vintage Bel Air with a bit more horsepower. It’s nicely detailed to look a bit flashy: lots of chrome, a big aluminum radiator, and polished accessories. An HEI electronic ignition system lights the fires and there’s a Holley 4-barrel carburetor on top. It also has an electric windshield wiper motor for reliability and you’ll quickly spot the power brake booster with dual master cylinder feeding a set of front disc brakes. Steering is still manual, but don’t let that scare you, ladies—the car is actually quite easy to manage and if you really need power steering, it just bolts right in on these cars.
The 700R4 4-speed automatic with overdrive transforms the car’s road manners, making it a great choice for road trips. It has been configured to work as a regular 3-speed automatic with the overdrive managed by that switch under the dash—pretty cool. There’s also a brand-new exhaust system with X-pipe and Flowmaster mufflers. Rockers, floors, trunk, and even the spare tire well are totally solid, and the body has never been off the frame so the car feels robust, not fragile. The factory rear end has what we believe are 3.23 gears inside, which combine with the overdrive to give this car very long legs on the highway—it’s pretty quiet and even fuel mileage is decent. 16-inch Torque Thrust wheels with staggered radials give it a great stance.
There’s nobody who doesn’t love ’57 Chevys, but some are easier to love than others. This one asks for very little—it’s not so perfect that you need to fret over it and you’ll never hesitate to get in and drive. But at the same time, you can take it to shows where it will draw admiring glances and everyone on the road will fall in love with the bright red hardtop. The mildly upgraded powertrain makes it very streetable without changing its personality, and we like that part best of all. It’s everything that’s awesome about the ’57 Chevy, just a little bolder. Call today!
Harwood Motors always recommends and welcomes personal or professional inspections of any vehicle in our inventory prior to purchase. 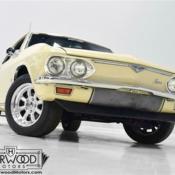 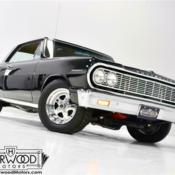 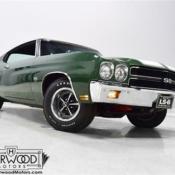 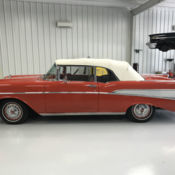 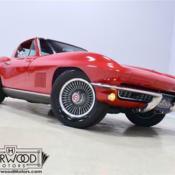 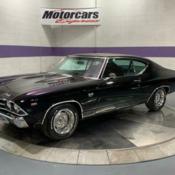 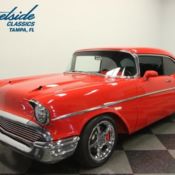 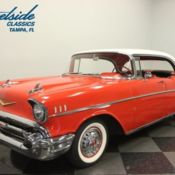 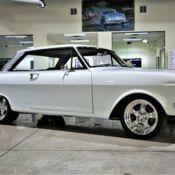 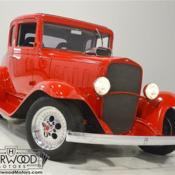