Chevrolet 1961 Biscayne Fleetmaster 409 Documented ONE of ONE

This is your chance to own a documented ONE of ONE 1961 Chevrolet 409 Biscayne Fleetmaster. This fully documented professional rotisserie restoration done by the professionals of So Cal Speed Shop, Pomona Ca. This Chevrolet 409 Biscayne Fleetmaster Style # 1-1411 is a 1 year only 1 of 1 produced with the 360 Hp 409. This 1961 was ordered for drag racing only because the Fleetmaster is 68 lbs lighter than a regular Biscayne, which required a signed document from a Speed Shop (Salem Speed Shop Oregon) stating "racing purposes only" before General Motors would release the car. The Production number on this car is # 41. After setting Northwest records and winning many West Coast races for many years from Pomona, Ca (including WinterNationals) to Spokane, Wa (winning the World Finals) and then to Arlington, Wa the 4th owner of 44 years decided to retire it and I restored this completely rust free racer. With hard to find parts to a 1961 car and especially a Fleetmaster, which has notable differences. I feel the car is at about 98% correct with numbers and dates. The engine was found and rebuilt by legendary La Mar Walden out of Doraville, Ga. The gray and black seat material which is different from a regular Biscayne is custom only to the Fleetmaster and was redone with new old stock material found in Portland, Oregon. To explain the patches on the inner fenders; they were made by the first owner at the 1962 Winter Nationals. He took out the outer headlights and ran air tubes up to the dual snorkel air cleaner. NHRA would not let him run it that way so he patched them that day at the track. (for historical reasons this was preserved during restoration) These are the original patches and screws. After restored at the So Cal Speed Shop in Pomona Ca it took 2nd at the ISCA Grand National Roadster Show, Pomona CA, 1st place at the ISCA Portland, OR. Roadster Show, 1st place at the ISCA Boise ID, Roadster Show, featured car at the Central Washington Car and Cycle Show Yakima WA, feature car at 348-409 Convention in Great Bend, KS., invited to be a featured car at the Chicago Corvette & Muscle Car Show in Chicago IL and, was in World of Speed Museum in Portland OR for 2 1/2 years and lastly the 61 was a featured car on the front cover and center spread in the 2013 Super Chevy magazine, article was written by Doug Marion. All records, pictures and documents will be included with the vehicle including notarized document from Glen Volz owner of Salem Speed Shop. We have all notarized documents from all parties involved with the car including personal stories about it. The odometer has 22,000 original miles which were mostly towing back in its early years. Also only 5 miles since total rotisserie restoration in 2013. Since the Super Chevy Article was written in 2013 with more studies having been completed on this car they now believe this is the rarest 409 car out of all the 409 cars ever produced.Google this car for more information and photos. $1500 deposit within 48 hrs to schultzdg@msn.com for paypal account. 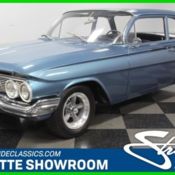 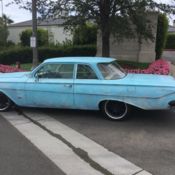 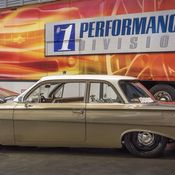 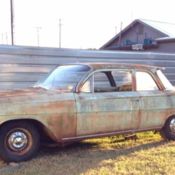 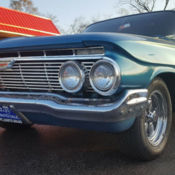 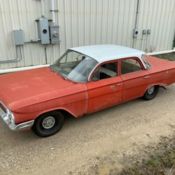 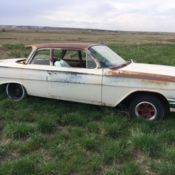 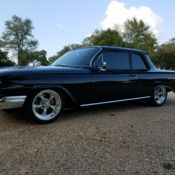 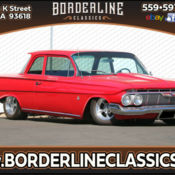 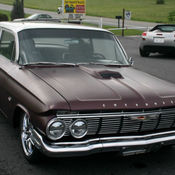